(CBS)
Formerly part of Romania, Moldova was incorporated into the Soviet Union at the close of World War II.

Although independent from the USSR since 1991, Russian forces have remained on Moldovan territory east of the Dniester River supporting the Slavic majority population, mostly Ukrainians and Russians, who have proclaimed a "Transnistria" republic.

The poorest nation in Europe, Moldova became the first former Soviet state to elect a Communist as its president in 2001. 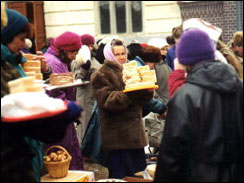 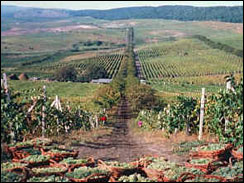 Moldova remains one of the poorest countries in Europe despite recent progress from its small economic base. It enjoys a favorable climate and good farmland but has no major mineral deposits. As a result, the economy depends heavily on agriculture, featuring fruits, vegetables, wine, and tobacco. Moldova must import almost all of its energy supplies. Moldova's dependence on Russian energy was underscored at the end of 2005, when a Russian-owned electrical station in Moldova's separatist Transnistria region cut off power to Moldova and Russia's Gazprom cut off natural gas to Moldova in disputes over pricing. The economy achieved 6% or more GDP growth every year from 2000-05, though this was based largely on consumption fueled by remittances received from Moldovans working abroad. Russia's decision to ban Moldovan wine and agricultural products, coupled with its decision to double the price Moldova paid for Russian natural gas, slowed GDP growth in 2006 and greatly exacerbated Moldova's economic troubles. Economic reforms have been slow because of corruption and strong political forces backing government controls; nevertheless, the government's primary goal of EU integration has resulted in some market-oriented progress. The economy remains vulnerable to higher fuel prices, poor agricultural weather, and the skepticism of foreign investors. Also, the presence of an illegal separatist regime in Moldova's Transnistria region continues to be a drag on the Moldovan economy.

Russian Terror
Photos and facts on terror attacks and the Chechnya conflict.