(CBS)
The use of the name Montenegro began in the 15th century when the Crnojevic dynasty began to rule the Serbian principality of Zeta; over subsequent centuries Montenegro was able to maintain its independence from the Ottoman Empire.

From the 16th to 19th centuries, Montenegro became a theocracy ruled by a series of bishop princes; in 1852, it was transformed into a secular principality.

In May 2006, Montenegro invoked its right under the Constitutional Charter of Serbia and Montenegro to hold a referendum on independence from the state union. The vote for severing ties with Serbia exceeded 55% - the threshold set by the EU - allowing Montenegro to formally declare its independence on 3 June 2006. 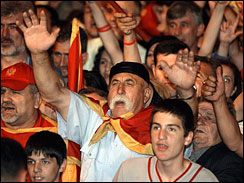 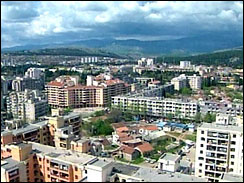 The Kosovo War
In-depth coverage of the NATO bombing campaign to oust Serb forces from the Kosovo province.