(CBS)
The Netherlands Antilles previously known as the Netherlands West Indies or Dutch Antilles/West Indies, are part of the Lesser Antilles and consist of two groups of islands in the Caribbean Sea: Curaçao and Bonaire, just off the Venezuelan coast, and Sint Eustatius, Saba and Sint Maarten, located southeast of the Virgin Islands.

The islands form an autonomous part of the Kingdom of the Netherlands. The islands' economy depends mostly upon tourism and petroleum.

Once the center of the Caribbean slave trade, the island of Curacao was hard hit by the abolition of slavery in 1863.

Its prosperity (and that of neighboring Aruba) was restored in the early 20th century with the construction of oil refineries to service the newly discovered Venezuelan oil fields.

The island of Saint Martin is shared with France; its southern portion is named Sint Maarten and is part of the Netherlands Antilles; its northern portion, called Saint Martin, is an overseas collectivity of France. 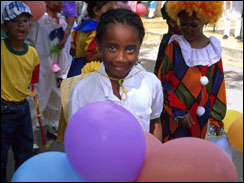 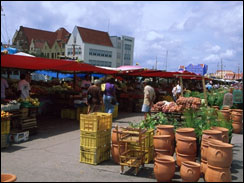 Tourism, petroleum refining, and offshore finance are the mainstays of this small economy, which is closely tied to the outside world. Although GDP has declined or grown slightly in each of the past eight years, the islands enjoy a high per capita income and a well-developed infrastructure compared with other countries in the region. Most of the oil Netherlands Antilles imports for its refineries come from Venezuela. Almost all consumer and capital goods are imported, the US and Mexico being the major suppliers. Poor soils and inadequate water supplies hamper the development of agriculture. Budgetary problems hamper reform of the health and pension systems of an aging population.