(CBS)
The third smallest state in Europe (after the Holy See and Monaco), San Marino also claims to be the world's oldest republic.

According to tradition, it was founded by a Christian stonemason named Marino in A.D. 301.

San Marino's foreign policy is aligned with that of Italy; social and political trends in the republic also track closely with those of its larger neighbor.

San Marino became a member of the Council of Europe in 1988 and of the United Nations in 1992.

It is not a member of the European Union. 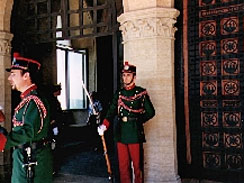 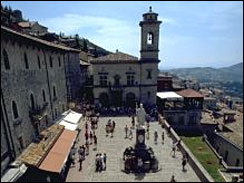 The tourist sector contributes over 50% of GDP. In 2006 more than 2.1 million tourists visited San Marino. The key industries are banking, wearing apparel, electronics, and ceramics. Main agricultural products are wine and cheeses. The per capita level of output and standard of living are comparable to those of the most prosperous regions of Italy, which supplies much of its food.