(CBS)
The dissolution of the Austro-Hungarian Empire at the close of World War I allowed the Slovaks to join the closely related Czechs to form Czechoslovakia.

Soviet influence collapsed in 1989 and Czechoslovakia once more became free.

The Slovaks and the Czechs agreed to separate peacefully on Jan. 1, 1993.

Slovakia joined both NATO and the EU in the spring of 2004. 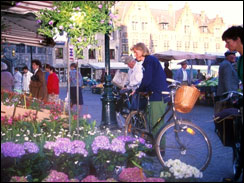 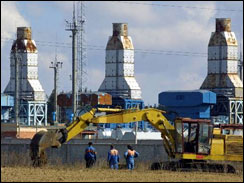 Slovakia has mastered much of the difficult transition from a centrally planned economy to a modern market economy. The DZURINDA government made excellent progress during 2001-04 in macroeconomic stabilization and structural reform. Major privatizations are nearly complete, the banking sector is almost completely in foreign hands, and the government has helped facilitate a foreign investment boom with business friendly policies such as labor market liberalization and a 19% flat tax. Foreign investment in the automotive sector has been strong. Slovakia's economic growth exceeded expectations in 2001-06 despite the general European slowdown. Unemployment, at an unacceptable 18% in 2003-04, dropped to 10.2% in 2006 but remains the economy's Achilles heel. Slovakia joined the EU on 1 May 2004.

Pope In Slovakia
See images of the latest pilgrimage being made by the ailing pontiff.