(CBS)
Spain's powerful world empire of the 16th and 17th centuries ultimately yielded command of the seas to England.

Subsequent failure to embrace the mercantile and industrial revolutions caused the country to fall behind Britain, France, and Germany in economic and political power.

Spain remained neutral in World Wars I and II but suffered through a devastating civil war (1936-39).

A peaceful transition to democracy following the death of dictator Francisco Franco in 1975, and rapid economic modernization (Spain joined the EU in 1986) have given Spain one of the most dynamic economies in Europe and made it a global champion of freedom. 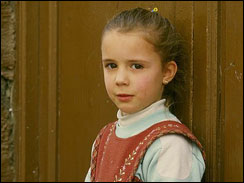 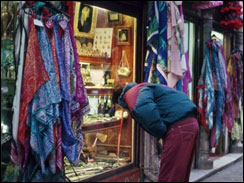 The Spanish economy boomed from 1986 to 1990 averaging 5% annual growth. After a European-wide recession in the early 1990s, the Spanish economy resumed moderate growth starting in 1994. Spain's mixed capitalist economy supports a GDP that on a per capita basis is 80% that of the four leading West European economies. The center-right government of former President AZNAR successfully worked to gain admission to the first group of countries launching the European single currency (the euro) on 1 January 1999. The AZNAR administration continued to advocate liberalization, privatization, and deregulation of the economy and introduced some tax reforms to that end. Unemployment fell steadily under the AZNAR administration but remains high at 8.1%. Growth averaging 3% annually during 2003-06 was satisfactory given the background of a faltering European economy. The Socialist president, RODRIGUEZ ZAPATERO, has made mixed progress in carrying out key structural reforms, which need to be accelerated and deepened to sustain Spain's strong economic growth. Despite the economy's relative solid footing significant downside risks remain including Spain's continued loss of competitiveness, the potential for a housing market collapse, the country's changing demographic profile, and a decline in EU structural funds.