(CBS)
First explored by the Spaniards in the 16th century and then settled by the English in the mid-17th century, Suriname became a Dutch colony in 1667.

With the abolition of slavery in 1863, workers were brought in from India and Java. Independence from the Netherlands was granted in 1975.

Five years later the civilian government was replaced by a military regime that soon declared a socialist republic.

It continued to exert control through a succession of nominally civilian administrations until 1987, when international pressure finally forced a democratic election.

In 1990, the military overthrew the civilian leadership, but a democratically elected government - a four-party New Front coalition - returned to power in 1991 and has ruled since, expanding to eight parties in 2005. 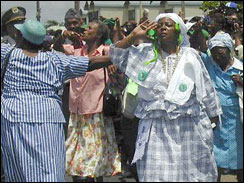 Ethnic groups:
Hindustani (also known locally as "East Indians"; their ancestors emigrated from northern India in the latter part of the 19th century) 37%, Creole (mixed white and black) 31%, Javanese 15%, "Maroons" (their African ancestors were brought to the country in the 17th and 18th centuries as slaves and escaped to the interior) 10%, Amerindian 2%, Chinese 2%, white 1%, other 2%

Languages:
Dutch (official), English (widely spoken), Sranang Tongo (Surinamese, sometimes called Taki-Taki, is native language of Creoles and much of the younger population and is lingua franca among others), Caribbean Hindustani (a dialect of Hindi), Javanese 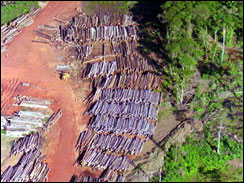 The economy is dominated by the mining industry, which accounts for more than a third of GDP and subjects government revenues to mineral price volatility. The short-term economic outlook depends on the government's ability to control inflation and on the development of projects in the bauxite and gold mining sectors. Suriname's economic prospects for the medium term will depend on continued commitment to responsible monetary and fiscal policies and to the introduction of structural reforms to liberalize markets and promote competition. The government of Ronald VENETIAAN, in his first term, implemented an austerity program, raised taxes, and attempted to control spending. Economic policies are likely to remain the same during VENETIAAN's second term. Prospects for local onshore oil production are good as a drilling program is underway. Offshore oil drilling was given a boost in 2004 when the State Oil Company (Staatsolie) signed exploration agreements with Repsol, Maersk, and Occidental. Bidding on these new offshore blocks was completed in July 2006.