(CBS)
A military power during the 17th century, Sweden has not participated in any war in almost two centuries.

An armed neutrality was preserved in both World Wars.

Sweden's long-successful economic formula of a capitalist system interlarded with substantial welfare elements was challenged in the 1990s by high unemployment and in 2000-02 by the global economic downturn, but fiscal discipline over the past several years has allowed the country to weather economic vagaries.

Sweden joined the European Union in 1995, after the collapse of the Soviet Union. During the Cold War, Europe's non-aligned Western countries, except Ireland, had considered membership unwise, as the EU predecessor, the European Community, had been strongly associated with NATO countries.

Following the end of the Cold War, however, Sweden, Austria and Finland joined, though in Sweden's case without adopting the Euro.

Sweden remains non-aligned militarily, although it participates in some joint military exercises with NATO and some other countries, in addition to extensive cooperation with other European countries in the area of defence technology and defence industry. 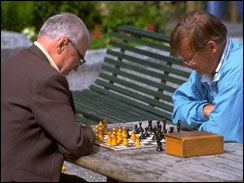 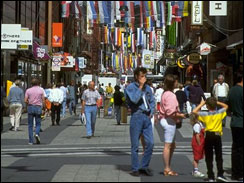 Aided by peace and neutrality for the whole of the 20th century, Sweden has achieved an enviable standard of living under a mixed system of high-tech capitalism and extensive welfare benefits. It has a modern distribution system, excellent internal and external communications, and a skilled labor force. Timber, hydropower, and iron ore constitute the resource base of an economy heavily oriented toward foreign trade. Privately owned firms account for about 90% of industrial output, of which the engineering sector accounts for 50% of output and exports. Agriculture accounts for only 1% of GDP and 2% of employment. The government's commitment to fiscal discipline resulted in a substantial budgetary surplus in 2001, which was cut by more than half in 2002 due to the global economic slowdown, declining revenue, and increased spending. The Swedish central bank (the Riksbank) focuses on price stability with its inflation target of 2%. Growth remained sluggish in 2003 but picked up during 2004-06. Presumably because of generous sick-leave benefits, Swedish workers report in sick more often than other Europeans. In September 2003, Swedish voters turned down entry into the euro system concerned about the impact on the economy and sovereignty.