(CBS)
As the dominant industrial and maritime power of the 19th century, the United Kingdom of Great Britain and Ireland played a leading role in developing parliamentary democracy and in advancing literature and science.

At its zenith, the British Empire stretched over one-fourth of the earth's surface. The first half of the 20th century saw the UK's strength seriously depleted in two World Wars and the Irish republic withdraw from the union.

The second half witnessed the dismantling of the Empire and the UK rebuilding itself into a modern and prosperous European nation. As one of five permanent members of the UN Security Council, a founding member of NATO, and of the Commonwealth, the UK pursues a global approach to foreign policy; it currently is weighing the degree of its integration with continental Europe.

A member of the EU, it chose to remain outside the Economic and Monetary Union for the time being. Constitutional reform is also a significant issue in the UK. The Scottish Parliament, the National Assembly for Wales, and the Northern Ireland Assembly were established in 1999, but the latter was suspended until May 2007 due to wrangling over the peace process. 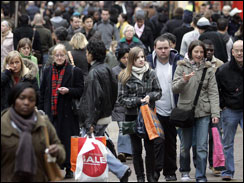 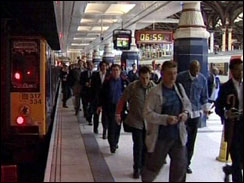 The UK, a leading trading power and financial center, is one of the quintet of trillion dollar economies of Western Europe. Over the past two decades, the government has greatly reduced public ownership and contained the growth of social welfare programs. Agriculture is intensive, highly mechanized, and efficient by European standards, producing about 60% of food needs with less than 2% of the labor force.

The UK has large coal, natural gas, and oil resources, but its oil and natural gas reserves are declining and the UK became a net importer of energy in 2005; energy industries now contribute about 4% to GDP.

Services, particularly banking, insurance, and business services, account by far for the largest proportion of GDP while industry continues to decline in importance. Since emerging from recession in 1992, Britain's economy enjoyed the longest period of expansion on record during which time growth outpaced most of Western Europe.

The global economic slowdown, tight credit, and falling home prices, however, pushed Britain back into recession in the latter half of 2008 and prompted the BROWN government to implement a number of new measures to stimulate the economy and stabilize the financial markets; these include part-nationalizing the banking system, cutting taxes, suspending public sector borrowing rules, and bringing forward public spending on capital projects.

The Bank of England periodically coordinates interest rate moves with the European Central Bank, but Britain remains outside the European Economic and Monetary Union (EMU), and opinion polls show a majority of Britons oppose joining the euro.

See the British Royal Family, with photos on the lives of the Queen "Mum" and Princess Diana.