(CBS)
Montevideo, founded by the Spanish in 1726 as a military stronghold, soon took advantage of its natural harbor to become an important commercial center.

Claimed by Argentina but annexed by Brazil in 1821, Uruguay declared its independence four years later and secured its freedom in 1828 after a three-year struggle.

The administrations of President Jose BATLLE in the early 20th century established widespread political, social, and economic reforms that established a statist tradition. A violent Marxist urban guerrilla movement named the Tupamaros, launched in the late 1960s, led Uruguay's president to cede control of the government to the military in 1973.

By yearend, the rebels had been crushed, but the military continued to expand its hold over the government. Civilian rule was not restored until 1985.

Uruguay's political and labor conditions are among the freest on the continent. 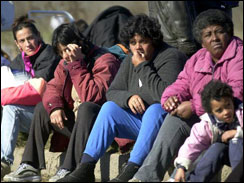 Religions:
Roman Catholic 66% (less than half of the adult population attends church regularly), Protestant 2%, Jewish 1%, nonprofessing or other 31% 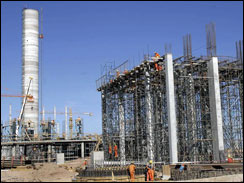 Uruguay's well-to-do economy is characterized by an export-oriented agricultural sector, a well-educated work force, and high levels of social spending. After averaging growth of 5% annually during 1996-98, in 1999-2002 the economy suffered a major downturn, stemming largely from the spillover effects of the economic problems of its large neighbors, Argentina and Brazil. For instance, in 2001-02 Argentina made massive withdrawals of dollars deposited in Uruguayan banks, which led to a plunge in the Uruguayan peso and a massive rise in unemployment. Total GDP in these four years dropped by nearly 20%, with 2002 the worst year due to the banking crisis. The unemployment rate rose to nearly 20% in 2002, inflation surged, and the burden of external debt doubled. Cooperation with the IMF helped stem the damage. A debt swap with private-sector creditors in 2003 extended the maturity dates on nearly half of Uruguay's then $11.3 billion of public debt and helped restore public confidence. The economy grew about 12% in 2004 as a result of high commodity prices for Uruguayan exports, a competitive peso, growth in the region, and low international interest rates, and it continued to grow nearly 7% annually in 2005 and 2006.