(CBS)
Popes in their secular role ruled portions of the Italian peninsula for more than a thousand years until the mid 19th century, when many of the Papal States were seized by the newly united Kingdom of Italy.

In 1870, the pope's holdings were further circumscribed when Rome itself was annexed. Disputes between a series of "prisoner" popes and Italy were resolved in 1929 by three Lateran Treaties, which established the independent state of Vatican City and granted Roman Catholicism special status in Italy.

In 1984, a concordat between the Holy See and Italy modified certain of the earlier treaty provisions, including the primacy of Roman Catholicism as the Italian state religion.

Present concerns of the Holy See include religious freedom, international development, the Middle East, terrorism, interreligious dialogue and reconciliation, and the application of church doctrine in an era of rapid change and globalization. About 1 billion people worldwide profess the Catholic faith. 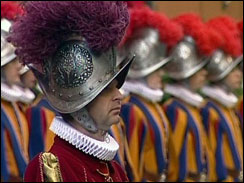 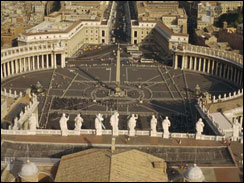 This unique, noncommercial economy is supported financially by an annual contribution (known as Peter's Pence) from Roman Catholic dioceses throughout the world; by the sale of postage stamps, coins, medals, and tourist mementos; by fees for admission to museums; and by the sale of publications. Investments and real estate income also account for a sizable portion of revenue. The incomes and living standards of lay workers are comparable to those of counterparts who work in the city of Rome.

Death Of A Pope

The world says farewell to the beloved John Paul II.