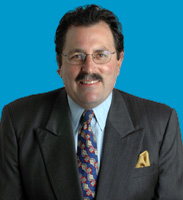 An attorney for the 21-year-old Silicon Valley resident who found what appears to be Apple's prototype iPhone in a bar is expected to oppose a request by CNET and other media organizations to unseal court records relating to the investigation.

A coalition also including the Associated Press, Bloomberg News, the Los Angeles Times, and Wired.com has prepared a 7-page legal brief that will ask a court to unseal the detective's affidavit used to obtain a search warrant nearly two weeks ago. A hearing has been tentatively scheduled in the San Mateo County courthouse for 2 p.m. PDT on Thursday.

Jeff Bornstein, a criminal defense lawyer at K&L Gates in San Francisco who is representing Brian Hogan, has indicated that he will oppose the request to open records, although it wasn't clear why or on what grounds. San Mateo County prosecutors have persuaded a judge to seal all the records of the case, and that order itself also appears to be secret.

The coalition's brief (see end of story to view) says: "The search warrant records at issue here are judicial records to which the press and public have a constitutional right of access, and the order sealing these records did not--and could not--comply with the procedural and substantive requirements for sealing. The sealing order is therefore invalid and unconstitutional and should be vacated." (The California Newspaper Publishers Association and the California-based First Amendment Coalition joined the brief too.)

You can read the full article at CNET News.com.