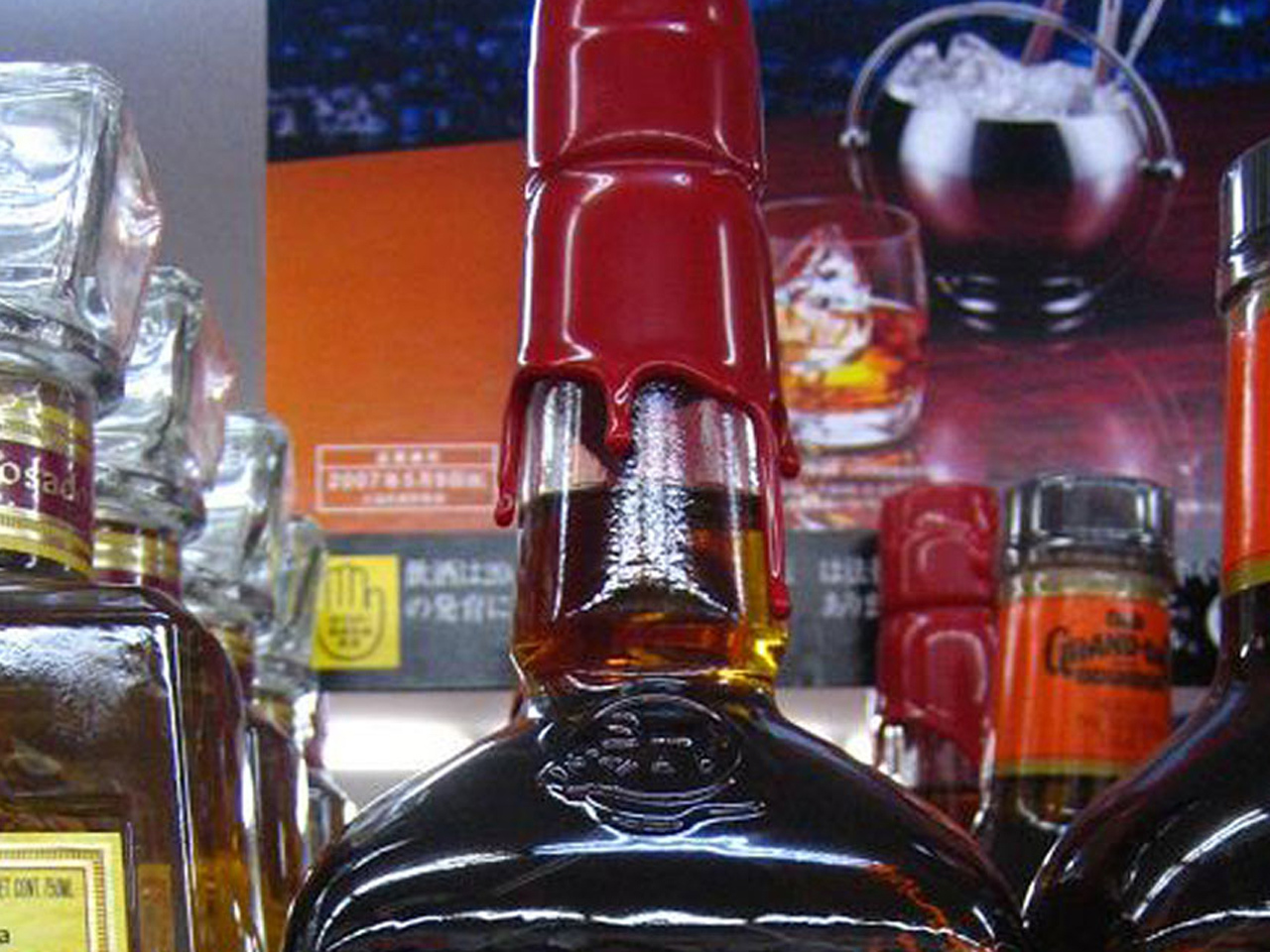 (AP) LOUISVILLE, Ky. - A rose by any other name may smell as sweet, but an appeals court says a liquor bottle with a red dripping wax seal by any name other than Maker's Mark would be illegal.

Noting that "all bourbon is whiskey, but not all whiskey is bourbon," an opinion released Wednesday by the 6th U.S. Circuit Court of Appeals says that only the Kentucky-made bourbon can carry the distinctive bottle topper.

The decision comes in an appeal brought by London-based Diageo North America and Casa Cuervo of Mexico, which used a dripping red wax seal on special bottles of its Reserva tequila. U.S. District Judge John G. Heyburn II in 2010 granted Maker's Mark's request for an injunction stopping other liquor companies from using the seal.

In a 19-page opinion affirming that decision, Judge Boyce F. Martin waxed poetic about the history of Kentucky's most famous distilled spirit. Martin, who noted at oral arguments in December that "Maker's Mark is not cheap," displayed a detailed knowledge of the history and manufacture of bourbon, writing that "corn-based mash and aging in charred new oak barrels impart a distinct mellow flavor and caramel color."

"Distillers compete intensely on flavor, but also through branding and marketing; the history of bourbon, in particular, illustrates why strong branding and differentiation is important in the distilled spirits market," Martin wrote.

He even cited the bourbon brands preferred by 19th century statesmen such as Ulysses S. Grant and Daniel Webster.

The Samuels family, which created Maker's Mark in 1958, trademarked the distinctive seal in 1985. The seal, perfected by Margie Samuels in the family's deep fryer, doesn't serve any practical purpose in keeping the bottle closed.

Cuervo opted to include a dripping wax seal on bottles in 1997 as part of an effort to create an artisan look. The bottles of Reserva with the new seal entered the U.S. market in 2001 in a limited production of 3,000-to-4,000 bottles. The bottles remained on sale in the U.S. for about three years.

Maker's Mark, bottled in Loretto in central Kentucky, spends about $22 million annually to market its bourbon and sells about 800,000 cases a year. It sued over the seal in 2003, claiming it violated the long-standing trademark. Cuervo dropped the dripping wax seal six years ago.

Martin wrote for the court that "there is more than one way to seal a bottle with wax to make it look appealing."

"We conclude that there is a likelihood of confusion between the products and that Cuervo has infringed," Martin wrote for judges Karen Nelson Moore and Deborah L. Cook.

Rob Samuels, chief operating officer of Maker's Mark, said the decision is ``a resounding affirmation'' that the seal is "off limits to competitors."

"We've been confident in our position all along, and today's outcome confirming that our unique trade dress cannot be infringed is great news for fans of Maker's Mark, those who handcraft our bourbon, and those who individually dip each bottle every day," Samuels said.

At oral arguments in December, Maker's Mark attorney Edward T. Colbert told the judges that Cuervo had no need to use the wax seal because it serves no purpose other than eye-catching looks.

Attorneys for Diageo and Cuervo argued that using a wax seal wouldn't cause customers to confuse the company's tequila with the bourbon or believe the two companies were affiliated.

Martin quoted the late Justice Hugo Black who wrote, "I was brought up to believe that Scotch whiskey would need a tax preference to survive in competition with Kentucky bourbon."

Martin added, "While there may be some truth in Justice Black's statement that paints Kentucky bourbon as such an economic force that its competitors need government protection or preference to compete with it, it does not mean a Kentucky bourbon distiller may not also avail itself of our laws to protect its assets."