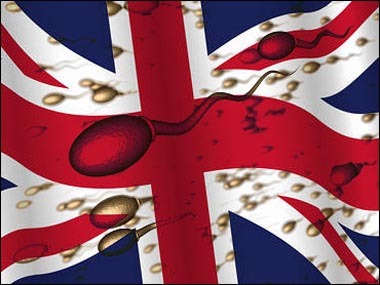 LONDON A man who lacks the capacity to give informed consent can be given a vasectomy after he made repeated requests not to have more children, a British court ruled Friday.

The 36-year-old man, known only by his initials DE, has an IQ of 40, lives with his parents and has a long-term girlfriend who also has severe learning disabilities.

In 2009, DE's girlfriend became pregnant and had a child. According to the court ruling, DE insisted he did not want any more children. People with his IQ level have a mental age of between six and nine, according to an independent psychiatrist cited in the ruling.

His doctors and parents then applied to the court for the vasectomy, since DE doesn't have the mental capacity to understand the procedure's implications. The judge ruled that it is "overwhelmingly in DE's best interests" to have a vasectomy.

Experts said DE was able to consent to a sexual relationship and that a vasectomy would give him a measure of independence. Attempts to teach DE how to use condoms had failed.

Britain's Court of Protection regularly makes decisions for people lacking mental capacity. It has previously authorized the sterilization of some intellectually-challenged women, but this is the first time a vasectomy has been authorized on the grounds that it is in the man's "best interests." It will still be up to DE's doctors to decide if the procedure should go ahead.

"The court simply concluded...that a vasectomy was in the patient's best interests because fatherhood was not," Charles Foster, a medical ethics expert at Oxford University, said in an email. Experts said another child would cause DE major "psychological harm" and that his relationship had nearly broken down when his child was born.

"This is not a decision the court made lightly," said Penney Lewis, a legal ethics expert at King's College London, adding that the judge had an obligation to choose the least intrusive method. "This is a man who already has a child and has repeatedly expressed his opinion he does not want any more."

Lewis said the case shows the burden of evidence needed for a court to order a sterilization procedure.

"There were extensive efforts made by everybody involved to improve his quality of life by other means," she said. "It would be hard to imagine a (similar) case where the benefits would be more obvious than this one."