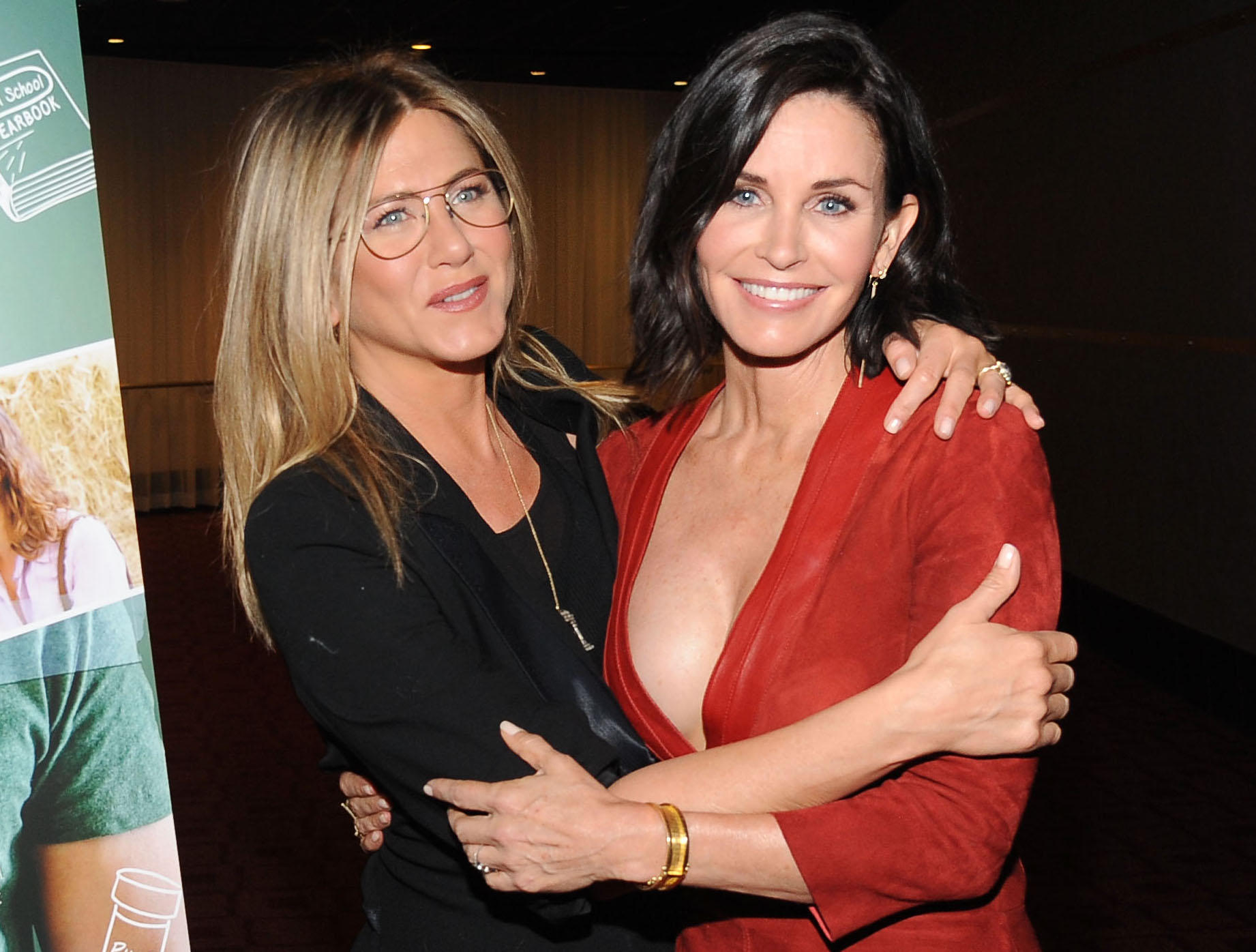 Courteney Cox is expressing her concern over the fact that her close pal and former “Friends” co-star, Jennifer Aniston, is being dragged into all the drama surrounding Brad Pitt and Angelina Jolie’s shocking divorce.

Aniston, who was married to Pitt for five years before they divorced in 2005, has become a focal point following news of the split last week and Cox wants the attention off her bestie.

“I feel like we’re exacerbating it by even talking about it,” the 52-year-old “Cougar Town” star told ET at Revlon’s Annual Philanthropic Luncheon at Chateau Marmont on Tuesday.

“It’s not about her,” the actress insisted.

Cox’s comments come after Aniston’s husband, Justin Theroux, declared it “nonsense” that his wife’s name is being brought into the situation.

“There are bigger things to b**ch about,” Theroux said during an interview with Business Insider. “It’s shocking how much bandwidth things can take up when there are far more important things going on in the world.”

Theroux added that he sympathizes with Pitt and Jolie’s six children following news of the divorce.

“As a child of divorce, all I can say is, that’s terrible news for those children and that’s all you can really say,” he shared. “It’s boring to comment on anything else. People are having a bad time -- that’s horrible.”