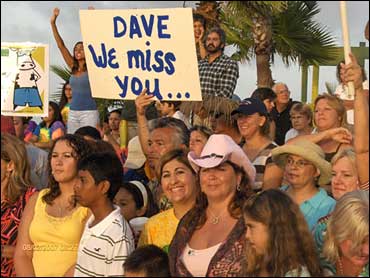 The Supreme Court's upcoming ruling on affirmative action in college admissions has the potential to subtly or significantly affect the nation's 15,000 school districts, many of which have long considered race in shaping student enrollment plans.

Already, lower court rulings in recent years have directed some districts — and led many others — to abandon race-based plans. The Supreme Court's higher education ruling could invite schools to revisit that use of race or to eliminate it as a factor.

"Everybody sees the handwriting on the wall," said Michael Simpson, assistant general counsel for the National Education Association. "If the court says diversity is not a sufficiently compelling state interest to justify race-based admissions, there is every reason to expect that principle would apply to student assignment at the K-12 level."

Most took the university's side, arguing that diversity provides essential benefits and that schools should have authority to ensure it exists in the classroom. For elementary and secondary schools, the implications of the court decision, expected by July, will depend not just on its substance but also on how broadly it is worded.

An increasing number of federal courts has lifted mandatory school desegregation plans and ruled in favor of those who believe K-12 race preferences are wrong.

In Maryland's Montgomery County, just outside Washington, a court struck down a diversity policy that kept a white student from transferring from his minority-dominated school to a largely white school. Allowing him to transfer, school officials contended, would only fuel the increasing "racial isolation" of a school that had mostly black and Hispanic students.

In San Francisco, school officials changed course to settle a lawsuit by Chinese-American students who were not admitted to their preferred schools. The district repealed 45 percent caps for racial or ethnic groups at each school and 40 percent caps at magnet schools.

In a Boston case, a court threw out a policy that weighed race in determining half the students admitted to a prestigious public school for grades seven to 12.

Boston now faces another race-based court fight over its attendance plan for elementary and middle schools. That plan reserves half a school's spots for students in walking distance and half for students throughout a larger zone. That has led some white families to complain that the district has denied their children access to a neighborhood school in the name of diversity.

"I'd like to see the Supreme Court say racism is wrong, to say people should not be refused admission on the basis of race," said Gary Kreep of the United States Justice Foundation, which represents California families challenging race-based school admissions in Pasadena. "It's just wrong. It's un-American."

The Michigan cases are not expected to affect schools that remain under federally ordered desegregation plans based on past discrimination, lawyers said.

The social and educational benefits of diverse classrooms — especially in early grades, when students begin to form attitudes — have been embraced by most in the debate. How to achieve that diversity is the challenge.

Magnet schools, which stress subjects such as language or science, have been a tool to lure white students into minority communities. But more schools now use legally safer "race-neutral" methods to ensure diversity, such as socio-economic status and geography, said Maree Sneed, a lawyer who represents many large school districts on federal issues.

In Nashville, Tenn., school officials eliminated race as a factor in school admissions a few years ago. As a result, magnet schools became much less diverse, said professor Ellen Goldring of Vanderbilt University, who researches desegregation and magnet schools.

A high court ruling in favor of race-based diversity measures would "provide a great sense of purpose to the K-12 community, especially those who think diversity is an important goal in and of itself," Goldring said. "Frankly, that's being lost."

A ruling against Michigan would add to the obstacles facing disadvantaged minority youngsters for whom affirmative action has been a help, said Kati Haycock, director of The Education Trust, which advocates for poor students.

"We would prefer over the long term — I think most people of color would — that we get good education to begin with so that all of this would go away."