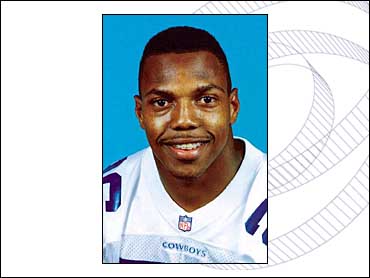 Dallas Cowboys cornerback Kevin Smith was looking forward to this season. After pushing his body hard for months, he came to training camp healthier and stronger than he had been in years.

Three weeks later, Smith's optimism is gone and so is he. He spent Wednesday at his Dallas-area home deciding whether to retire after a nine-year career that began with Super Bowl titles his first two seasons.

"Kevin came in here with hopes of playing. At this point, he's making some decisions based on how he feels," coach Dave Campo said. "I think he'll make a relatively quick decision."

Cowboys owner Jerry Jones said the team is making plans assuming Smith is gone for good; however, if Smith does return, he would be welcomed back.

"It's his decision," Jones said.

Dallas already was in a bind at cornerback by having to replace Deion Sanders. Veteran Ryan McNeil was signed to start on one side and coaches were hoping Smith could hold down the other while three draft picks cut their teeth in the NFL.

Kareem Larrimore, a fourth-round pick, is the early frontrunner. Seventh-rounder Mario Edwards also will see some action. Second-rounder Dwayne Goodrich is nursing a hamstring injury, but had fallen behind the other two anyway.

Second-year cornerback Duane Hawthorne is sidelined with a strained left shoulder. Veteran Charlie Williams is still at least a week away from returning to practice following offseason knee surgery.

"We're not at the point where I can say, `We're going to line up with this guy and this is what we're going to do.' But I feel like whoever we line up there with, we're going to be able to get the job done," Campo said.

Smith was a first-round draft pick from Texas A&M in 1992. He became a starter late in his rookie year and was part of Super Bowl champion teams his first two seasons.

The Cowboys won another Super Bowl his fourth year, but Smith tore his Achilles' tendon in the opener and hasn't been the same since.

"Before the injury, I considered him on the road to maybe being a Pro Bowl player every year," said Campo, who was the secondary coach Smith's first three years, forging a relationship that remains close.

Playing opposite Sanders the last four seasons exposed Smith's weaknesses. Quarterbacks picked on him and he struggled to keep up, often blowing assignments or getting flagged for pass interference.

Smith reported to training camp last seaso with a back injury and never got on track. He missed eight games because of the back and other problems that stemmed from it.

Smith, 30, was fresh and ready to start this camp, then hurt his knee. He still started both preseason games, but quickly gave way to the rookies who needed the playing time more.

"When he was out there he actually did a pretty good job," Campo said.

On Tuesday, Smith met briefly with Jones and Campo and said he was leaving. He cleaned out his dorm room and was gone before the afternoon workout.

Jones said he would consider offering Smith a position in the organization and Campo said he thought Smith would be interested in coaching. Larrimore, Edwards and Goodrich all have said that he did his best to help them.

The Cowboys still could be in the market for veteran help. If Smith retires, Dallas would have his base salary around $750,000

to use elsewhere. However, there would be a big hit on next year's salary cap for the remainder of his signing bonus.

Smith's departure also leaves the Cowboys without yet another link to their glory days of the mid-1990s. Michael Irvin and Daryl Johnston retired this summer and offensive tackle Erik Williams also is away from camp mulling retirement.

Should Smith and Williams leave, only eight players would remain from the Cowboys' most recent Super Bowl team in 1995.