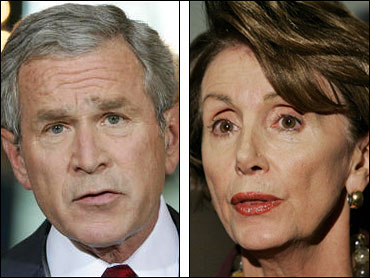 This column, Other People's Money, is written by CNET's Declan McCullagh. It appears each Wednesday on CBSNews.com.


When government officials are handed sweeping power to bail out corporations, with few checks and balances and scant oversight, guess what happens?

That's right. The authority gets abused. A report released Tuesday by federal auditors previews problems with the bailout plan, which was rocketed through Congress at supersonic speeds two months ago with minimal hearings or debate.

The 72-page report from the Government Accountability Office describes how federal agencies are being less than diligent in making sure that bailout dollars don't go to enrich failed executives or reward Hank Paulson's friends on Wall Street.

Here are some findings from the auditors' report on the so-called TARP program: "Treasury has not yet set up policies and procedures to help ensure that (taxpayer dollars) are being used as intended... Treasury also has no policies and procedures in place for ensuring that the institutions are complying with these requirements or that they are using the capital investments in a manner that helps meet the purposes of the act... Treasury cannot effectively hold participating institutions accountable for how they use the capital injections or provide strong oversight of compliance with the requirements under the act."

That's anything but an endorsement of the Bush administration's Troubled Asset Relief Program, or TARP.

It's true that the Treasury Department has published regulations dealing with limits on executive salaries for companies that apply for TARP. This is a reasonable step.

Lacking, though, are details about how the federal agencies that are involved in TARP will monitor this. One agency claims it will rely on the recipient's board of directors to assess compliance. Another believes that Treasury should do it directly. Confusion abounds.

When millions of dollars are at stake, loopholes will be found and squeezed through. If President George W. Bush can declare "emergencies" relating to mundane topics like Northwest Airlines labor disputes and encryption exports, it's a bit of a mystery why his administration is moving less swiftly here.

No wonder Eric Thorson, the Treasury Department's inspector general, told the Washington Post that: "It's a mess. I don't think anyone understands right now how we're going to do proper oversight of this thing." (Thorson subsequently tried to explain away his unfortunate candor.)

The more we learn about TARP, the worse it looks. Elizabeth Warren, the head of a panel charged with overseeing the program, believes the government is lurching from one tactic to the next with little evidence of a coherent plan, according to an article in the New York Times.

There was supposed to be a special inspector general for TARP. Senator Max Baucus, a Montana Democrat, told his colleagues to vote for TARP because it would put an "inspector general on the ground, in New York, inside the firms that facilitate Treasury auctions, watching every dollar that comes and goes." But it turns out that Neil Barofsky's nomination is on hold because someone in the Senate has objected.

Even though the TARP law required an oversight report, the first deadline came and went without one. Even though Paulson told Congress one thing during the TARP votes, he turned around and did another. The TARP idea is becoming something of a joke, with an Ohio school districtdemanding a $100 million bailout too.

House Speaker Nancy Pelosi blames the Bush administration. She said in a statement on Tuesday: "The Treasury Department's implementation of the TARP is insufficiently transparent and is not accountable to American taxpayers... The Treasury Department failed to impose conditions on the use of government funds..."

This is misdirection. It's true that the Bush administration wanted the ability to write blank checks with scant oversight. But if Congress decided TARP was necessary (a dubious idea at best), it had the responsibility to mandate strict rules and halt Treasury's ability to dispense funds if it breaks them.

Expect to hear more about other loopholes in TARP in the next few months. Here's one: TARP includes no statutory dollar limit on how high executive salaries of TARP bailout recipients can be. Instead, it lets the Treasury come up with "appropriate standards." In addition, only the top five executives will have their golden parachutes limited; all the rest will remain untouched, even if their salaries and bonuses happen to be in the millions or tens of millions of dollars.

There's no real limit on who can receive TARP cash. It's supposed to be "financial institutions," but that term is loosely defined as: "any institution... established and regulated under the laws of the United States or any state... and having significant operations in the United States." That's not limited to banks, as Detroit executives have been arguing at great length.

The bipartisan enthusiasm for bailouts shows how the two major political parties have reshuffled themselves. We now have the Bailout Party and the No Bailout Party (populated by some conservatives and libertarians with help from the AFL-CIO and economic populists). Unfortunately, the wrong one holds power in Washington today.
Declan McCullagh is the chief political correspondent for CNET. He previously was Wired's Washington bureau chief and a reporter for Time.com and Time magazine in Washington, D.C. He has taught journalism, public policy, and First Amendment law. He is an occasional programmer, avid analog and digital photographer, and lives in the San Francisco Bay area. His e-mail address is declan.mccullagh@cnet.com