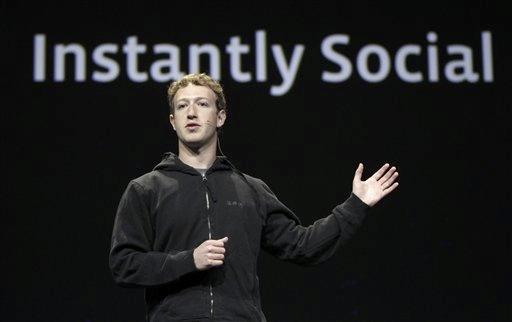 The Wall Street Journal on Tuesday night posted a report describing company officials as being "hunkered down" for days trying to defuse a growing privacy backlash "that could force Chief Executive Mark Zuckerberg to scale back efforts to encourage users to share more about themselves in public."

n recent days, executives and other employees have hunkered down in Facebook's Silicon Valley headquarters, debating how to address the backlash to two recently launched features. One encourages users to share more about their online activities with Facebook, while another personalizes other websites with information about users' Facebook friends

Participants are discussing whether to implement new controls that allow users to conceal their profiles more universally, according to people familiar with the matter. Such tools would represent a big shift from Facebook's current approach of giving users multiple controls for specific parts of their profiles, and are an option Mr. Zuckerberg has resisted...

It was too late for the PR department to get back with an official response but the report comes as Facebook's head of public policy Tim Sparapani said in a radio interview on Tuesday that the company intends to introduce new "simplistic" privacy options for its users in the coming weeks.

"Now we've heard from our users that we have gotten a little bit complex," Sparapani said "I think we are going to work on that. We are going to be providing options for users who want simplistic bands of privacy that they can choose from and I think we will see that in the next couple of weeks." (The video of his interview is below:)

Update: A Facebook spokesman sent me the following statement: ""We have heard from our users that our efforts to provide granular control have made things too complex. Of course we're working on responding to these concerns but we don't have anything further to announce."