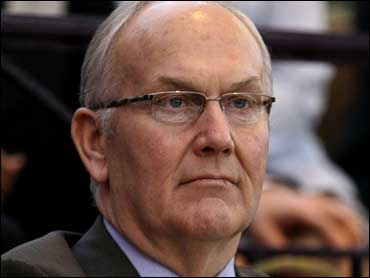 A three-judge panel of the Minnesota Court of Appeals on Tuesday rejected the Republican's bid to toss out his disorderly conduct conviction.

Craig still has the option of appealing to the Minnesota Supreme Court, and he said Tuesday he was considering future options but it may be difficult.

"This is another reason why lawyers say you rarely get a second chance to make a first impression when it comes to plea deals. It's very hard to get out of them. And the higher Craig goes up the appellate ladder, the harder it will get for him to get a do-over," writes CBS News legal analyst Andrew Cohen.

"There are strong precedents in Minnesota and everywhere else against allowing people who make plea deals to later change their mind. Otherwise, every person who pleaded guilty would later try to get out of it after a few days or weeks or months in jail. Craig is fighting uphill and has been from the beginning," Cohen continues.

Craig was arrested June 11, 2007, by an undercover police officer who was conducting a sting operation against men cruising for gay sex at the Minneapolis-St. Paul International Airport.

He quietly pleaded guilty to the misdemeanor and paid a fine, but changed his mind after word of his arrest became public that August. Craig insisted he was innocent and said he was not gay. His attorney argued that the police officer misconstrued Craig's foot-tapping, hand movements and other conduct.

But the case brought widespread ridicule and effectively ended his political career.

Craig lost several GOP leadership positions in the wake of the scandal, and the Senate Ethics Committee said in February that Craig had brought discredit on the Senate. The committee members said they believed he was guilty, and that his attempt to withdraw his plea was just an effort to evade the legal consequences of his own actions.

He did not seek a fourth term in last month's election. He will be replaced in January by Idaho Lt. Gov. Jim Risch, a Republican.

Craig's attorney, Billy Martin, argued before the appeals court in September that there was insufficient evidence for any judge to find him guilty.

In its 10-page opinion, the appeals panel said that Craig failed to show that Hennepin County District Judge Charles Porter abused his discretion by denying his petition to withdraw his plea. Porter had said the plea was "accurate, voluntary and intelligent, and ... supported by the evidence."

"I am extremely disappointed by the action of the Minnesota Court of Appeals," Craig said in a statement. "I disagree with their conclusion and remain steadfast in my belief that nothing criminal or improper occurred at the Minneapolis airport." He said he and his attorneys were reviewing into the possibility of further appeals.

After the story became public, Craig had initially said that he would resign from the Senate, but he changed his mind about that, too, and vowed to fight to clear his name.

Patrick Hogan, a spokesman for the Metropolitan Airports Commission, which runs the airport, said the appellate decision again confirms that Craig knew what he was doing when he entered his plea. He said the agency hopes it's the end of the case.