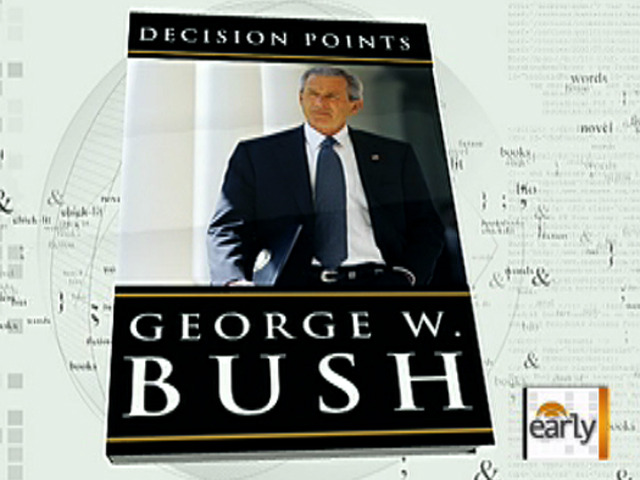 When Tony Blair released his memoir earlier this year, a Facebook page was created calling for critics of the former prime minister to "Subversively move Tony Blair's memoirs to the crime section in book shops."

At last count, the Facebook group had more than 14,000 members. The effort was a way for Blair's critics to protest his role in the war in Iraq. "Make bookshops think twice about where they categorise our generations greatest war criminal," the page says.

Now critics of President George W. Bush are trying to replicate the protest with a Facebook group tied to the release of the former president's memoir "Decision Points" tomorrow. The page has more than 1,000 members so far. "They did this to Tony Blair's book and I think we should do the same here," it says.

Left-leaning websites are promoting the idea and calling on people to post pictures of their efforts online.

Mr. Bush plans to sign copies of the book tomorrow in Dallas, and critics are vowing to protest the event, complaining on a protest-organizing Facebook page that "his unapologetic attitude" about the war in Iraq "is unacceptable."

As the BBC reports, Blair canceled a book signing in London in September due to the possibility of protests. Blair said at the time that "I don't want the public to be inconvenienced by the inevitable hassle caused by protesters," adding that the signing could place "an extra strain on police resources." Blair had eggs, bottles and shoes thrown at him during an earlier appearance to promote the book in Ireland.

George W. Bush Won't "Wade Back into the Swamp" When Oprah Asks About Palin