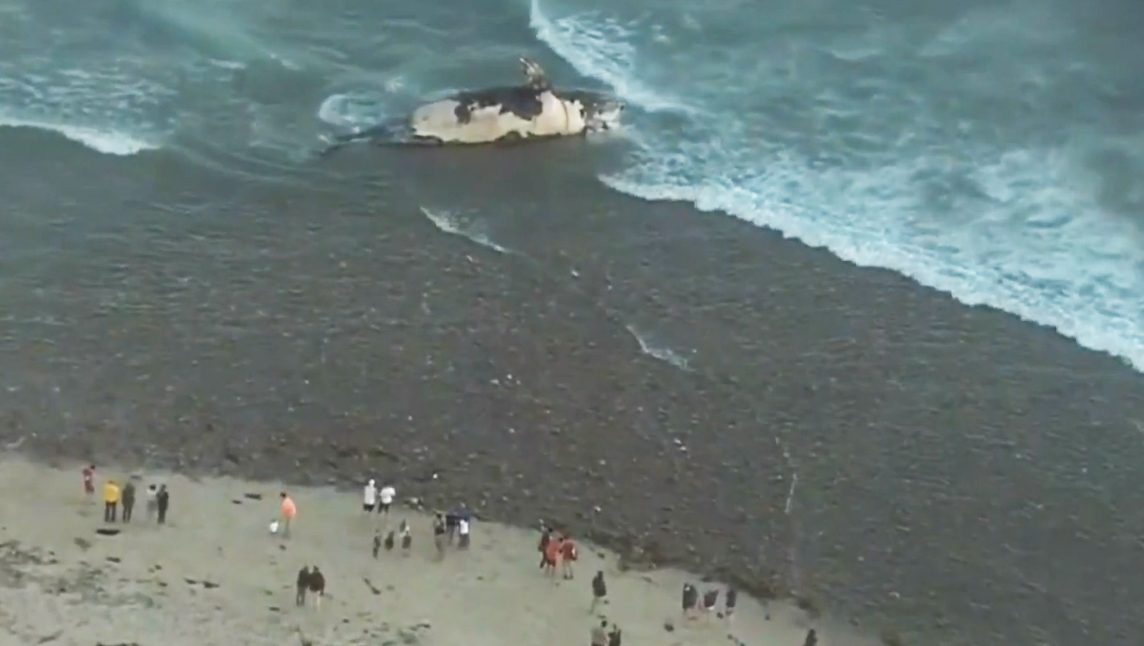 SAN CLEMENTE, Calif. -- A dead whale washed ashore on a popular surf spot in San Clemente drawing larger-than-normal crowds who wanted to get a look at the hulking sea creature up close, reports CBSLA.com.

CBS2's Brittney Hopper reports the whale got a lot of curious onlookers in person and a lot of interest on social media as well.

Whales are currently migrating up the California coast.

What killed this whale is not known.It could have been anything from a lack of food to a run-in with a ship.

State Park officials believe the whale was young, not yet fully grown and they believe it has been dead for some time.

Huge crowds came to get a look. Witnesses said many people were overcome with grief at seeing the now-dead creature that they could do nothing more than cry.

The question now is, what will happen with the whale?

Trestles is very popular with surfers and they worry burying the carcass will attract sharks.

State park officials told Hopper that the area where the whale is now is too rocky for them to bury it there. So they are trying to determine if they will tow the carcass back to sea or bury it somewhere else.

She also spoke to Todd Mansour, a captain for Dana Point Sports Fishing and Whale Watching.

He said he saw this particular dead whale floating at sea about two days ago and today he said he saw the remains of a second whale off the San Clemente Pier.