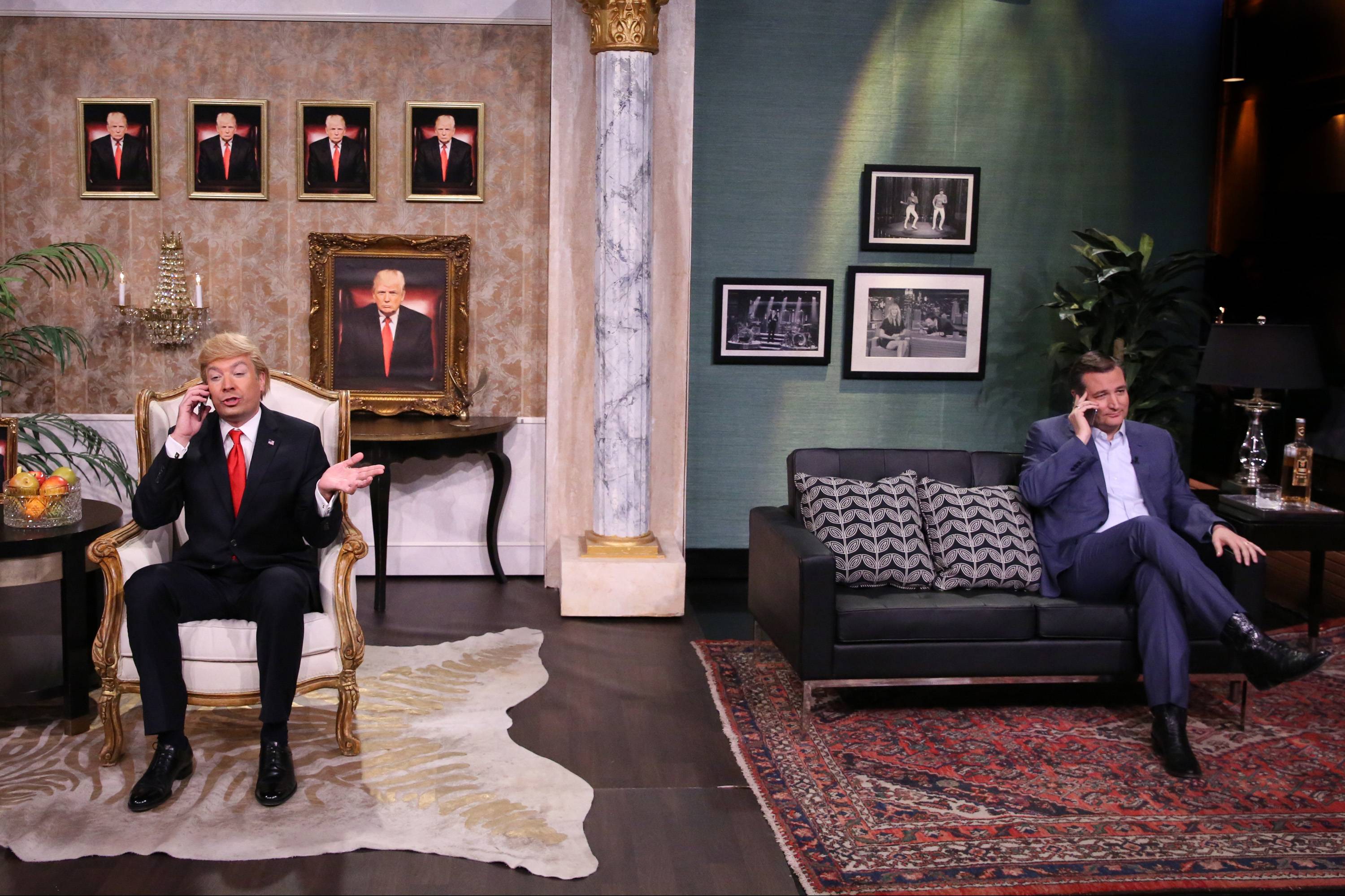 Months ago, Ted Cruz derided Donald Trump's "New York values" -- a statement the Manhattan billionaire has latched onto in the run-up to next week's Empire State primary.

But late Thursday night, Cruz will once again be talking about New York values, albeit in a much more lighthearted way.

"Look Donald, I'm not going to pander to New Yorkers. I love New York City. It is the greatest city in the world with the best looking audiences in the entire world," Cruz jokes in a skit on NBC's "Tonight Show" to an imaginary Trump played by host Jimmy Fallon. "So when I said New York values I was merely trying to say I value New York, except I was saying it backwards, the way Yoda would say it."

The Trump character then declares, "I love Yoda. I watch her every morning with Kathie Lee," leading Cruz to interject, "and they love whining almost as much as you do, Donald."

"Listen, while you're here in NY let me give you some advice," the Trump character tells Cruz later in the sketch, which featured the two candidates talking on the phone. "Walk fast. Are you writing this down?"

"Let me get my pen," the exasperated Cruz said in the skit as he opened a bottle of scotch. "Got it."

The increasingly tense Cruz-Trump relationship has proven to be comedic fodder for the Senator's late night television appearances. In one recent appearance, for example, Cruz joked about running Trump over with a car.

The Texas Senator's usage of the phrase "New York Values" has dogged him at almost every stop and interview in the Empire State. At an MSNBC town hall earlier on Thursday in Buffalo, Cruz refused to second-guess himself, telling host Chuck Todd, "I don't regret it," while trying to explain that the phrase came from an old interview that Trump did explaining his stance on abortion.

On Wednesday at a CNN town hall in Manhattan, Cruz had to explain to an audience member, "when I talk about New York values, what I'm talking about are the liberal Democrats who have been, frankly, hurting the people of New York over and over again."

The Senator's appearance on the Tonight Show is his third late night television appearance of the presidential campaign, with the full interview airing at 11:35pm ET on Thursday. He previously appeared on CBS's "Late Show with Stephen Colbert" last fall and on "Jimmy Kimmel Live" at the end of March.