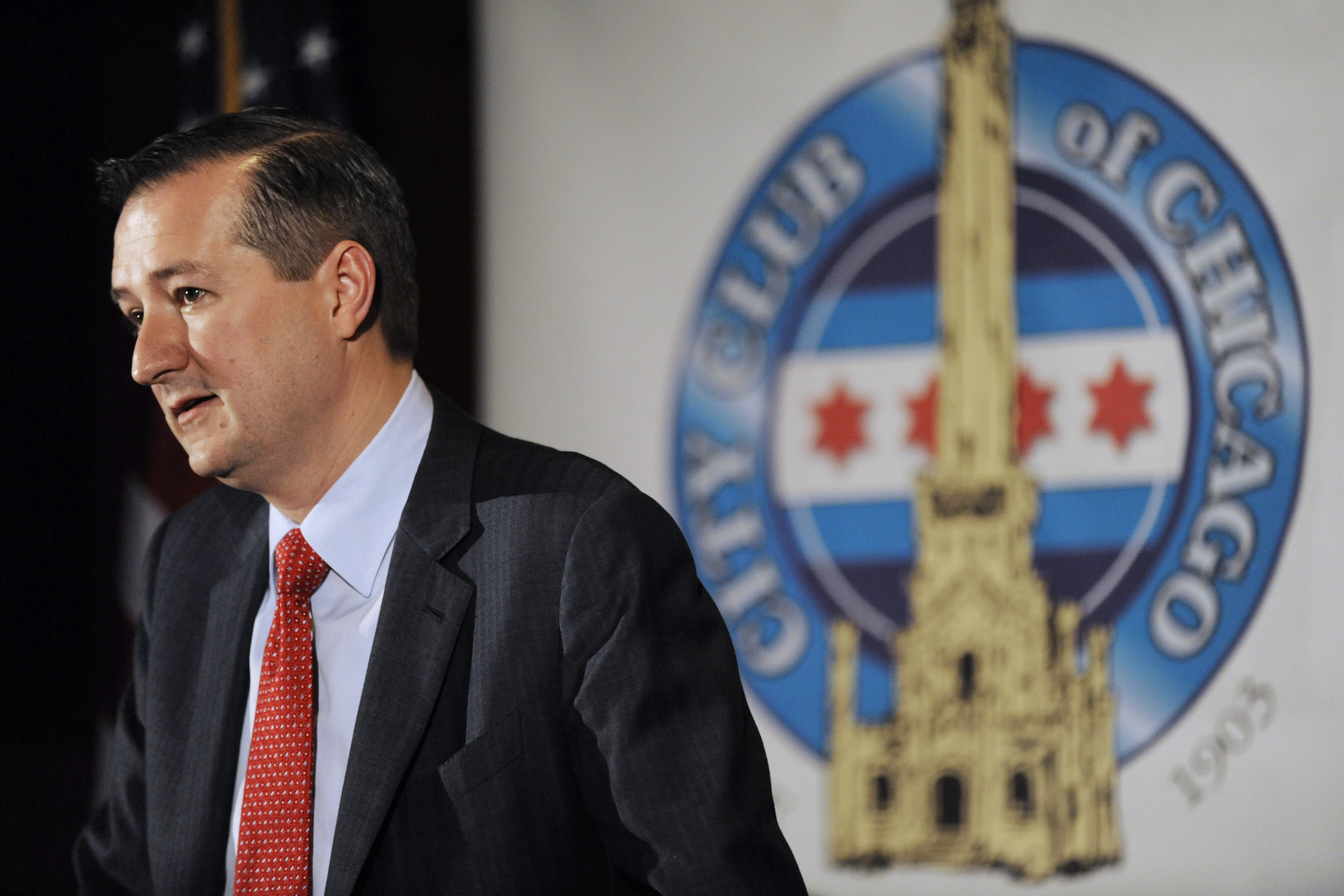 CHICAGO The owner of the Chicago Cubs threatened to move the team out of Wrigley Field for the first time publicly if his plans for a big, new video screen are blocked, saying Wednesday he needs new advertising revenue to help bankroll a $500 million renovation of the storied ballpark.

Cubs Chairman Tom Ricketts until now had said nothing as dire, despite months of contentious negotiations over how to keep everyone happy in sprucing up the 99-year-old stadium in the heart of Wrigleyville on Chicago's North Side.

"The fact is that if we don't have the ability to generate revenue in our own outfield, we'll have to take a look at moving — no question," Ricketts told reporters after outlining renovation plans to Chicago business leaders.

He added that he remains committed to working out a deal and it is difficult to imagine the Cubs playing anywhere else. But the fight over the Friendly Confines boils down to money and, of course, something unusual — it's the Cubs, after all.

By far the thorniest issue is the plan for a 6,000-square-foot video screen over left field, a common feature in many major league ballparks. The difference is that Wrigley Field — the second oldest ballpark in Major League Baseball behind Fenway Park in Boston — is surrounded by privately owned clubs with rooftop bleachers whose owners object to any changes that could block their bird's-eye views into the stadium.

The rooftop businesses have been left out of discussions on the proposed upgrade, but they feel they should have a seat at the bargaining table because they have a contract in which they share 17 percent of their revenue with the Cubs. Legal action is a possibility.

Ricketts presented an architectural rendering of the video screen during his speech to the City Club of Chicago and insisted that the team's own studies have shown it would have minimal, if any, impact on the views. He described the sign as "midsize" compared with those at other stadiums, though it is nearly three times as large as the scoreboard currently atop the centerfield bleachers. Another smaller sign with the name of a sponsor is planned for right field.

He said without such signage, the team was losing out on $20 million a year in ad revenue — essential for helping fund the extensive renovations without dipping into taxpayer funds.

"All we really need is to be able to run our business like a business and not a museum," Ricketts told the audience.

Ricketts said the team formally filed its full renovation proposal with the city of Chicago on Wednesday. The plan must get approval from city planners and the City Council. There will also be public hearings.

The overall plan calls for more night games, a 175-room boutique hotel across the street, a new clubhouse and upgrades for fans. The proposal also calls for an open-air plaza and an office building with retail space.

Mayor Rahm Emanuel and the alderman whose ward includes Wrigley Field, Tom Tunney, support the overall plan. The mayor's office has already agreed that the outfield signs can be installed, but there has been no agreement on size or design.

If the deal wins approval, Ricketts said work could begin after this season ends and be completed over the next five years. Theo Epstein, Cubs president of baseball operations, said Wednesday that he hopes the public approval process moves quickly so renovation work, especially upgrades to the clubhouse, starts soon.

"If it drags on too long, it's going to be unrealistic to get it done this winter," Epstein said before the team's game against the San Diego Padres. "Then we're probably looking at opening day 2015 for the renovated clubhouse."

One of the rooftop owners, Beth Murphy, told reporters after listening to Ricketts' speech that it was the first time she'd seen any drawings of the screen and that she and other owners would have a lot of vetting to do before determining if the proposal works.

"It looked big to me and it looked like it blocked out the neighborhood," Murphy said.

The rooftop owners have previously threatened legal action, and Murphy said she was confident their contract would hold up and protect their businesses.

Commenting on the possibility that Ricketts might really take the team elsewhere, Murphy said doing so would not be "a wise business decision."

"The reason the Cubs are such a tourist destination ... is because it's a ballpark in a neighborhood," Murphy said. "I don't think a new ballpark in a parking lot is interesting and that's why other ballparks don't have the tourism that Wrigley Field does."

If Ricketts is serious about leaving, he already has a suitor. Several weeks ago, the mayor of nearby Rosemont said that the village near O'Hare International Airport has a 25-acre chunk of land that the Cubs could have for free if they wanted to build a replica of Wrigley Field there. While Mayor Bradley Stephens said the idea of the Cubs leaving Wrigley was the longest of long shots, he wanted to make sure that if the Cubs did decide to leave they knew about the offer.

Cubs fans said they doubted Ricketts would move the team and that he most likely raised the prospect out of frustration with the negotiations.

"I'm surprised it's taken him this long to snap," said Rick Kaempfer, who created the fan blog www.justonebadcentury.com .

He said he shared those frustrations and wished the rooftop owners would back off and allow Ricketts to run the club as he sees fit.

"I think we should trust this organization because they have shown over time that they take the history of Wrigley Field seriously and so far nothing they have done has diminished it, in my opinion," he said.