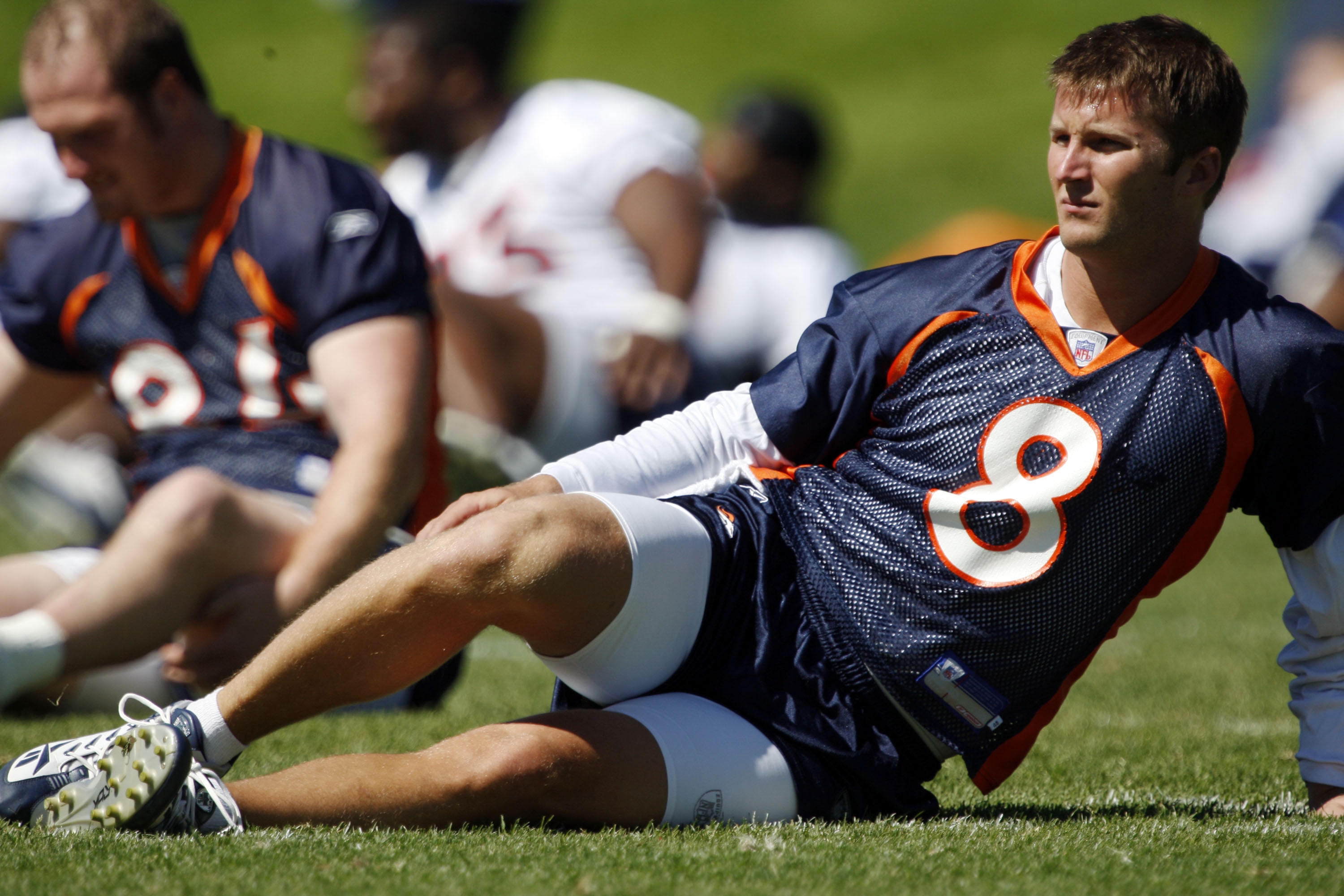 DETROIT One of the winningest quarterbacks in college football history was found dead in the woods of northern Michigan Tuesday night, days after disappearing while out fishing near his family's cottage.

Cullen Finnerty, 30, who led Grand Valley State University to three Division II national titles and more than 50 wins during his 4 years as a starter in Allendale, Mich., last decade, went missing Sunday. His body was found about 8 p.m. in woods within a mile of where he disappeared, said Lake County Undersheriff Dennis Robinson.

The cause of death wasn't immediately clear, but Robinson said foul play wasn't suspected. He said the body was not in the water and was found in a wooded area in Webber Township, near the family's cottage. An autopsy would be needed to determine how Finnerty died, the undersheriff said.

The search drew scores of police and volunteers, including staff and players from Grand Valley State.

Finnerty last spoke to a family member that night in a phone call in which he said "he was nervous about something," Sheriff Robert Hilts said earlier Tuesday. Based on that call, the family suspected "he might be having some kind of a mental episode — that he was either afraid or something and ran off into the woods," Hilts said.

The sheriff said authorities had been tracking Finnerty's cellphone "until it went dead." The terrain made the search for the 6-foot-3, 230-pound ex-athlete difficult, Hilts said.

"This is the last river that I'd pick to fish," he said, citing logjams and dense brush. "And it's a very tough river to navigate."

Searchers from the sheriff's office, state police and area fire departments fanned out Tuesday across a square-mile area of Webber Township, which is about 65 miles north of Grand Rapids.

In addition, dozens of current and former Grand Valley State players, coaches and staff hopped on a bus and headed north to Lake County to lend a hand in the search effort.

Grand Valley coach Matt Mitchell, who was a defensive assistant when Finnerty led the Lakers to national titles in 2005 and 2006, as well as former Grand Valley coach and current Notre Dame offensive coordinator Chuck Martin were among those helping out.

Finnerty, who starred at Brighton High School, originally accepted an offer to play at the University of Toledo but transferred to Grand Valley after redshirting in 2001.

The dual-threat QB played for Grand Valley teams that won Division II titles in 2003, 2005 and 2006. He briefly was a member of the Baltimore Ravens and later the Denver Broncos.

Mitchell said Finnerty was "held in very high regard. He was the starting quarterback on national championship teams. But he's more than that: He's one of the most loyal teammates we've ever had."

"It's very chilling," Kelly said Tuesday, before Finnerty's body was found. "He led me to a national championship as a true freshman. When I left, coach Martin took over and won two more national championships. My heart goes out to the family and to his beautiful wife."