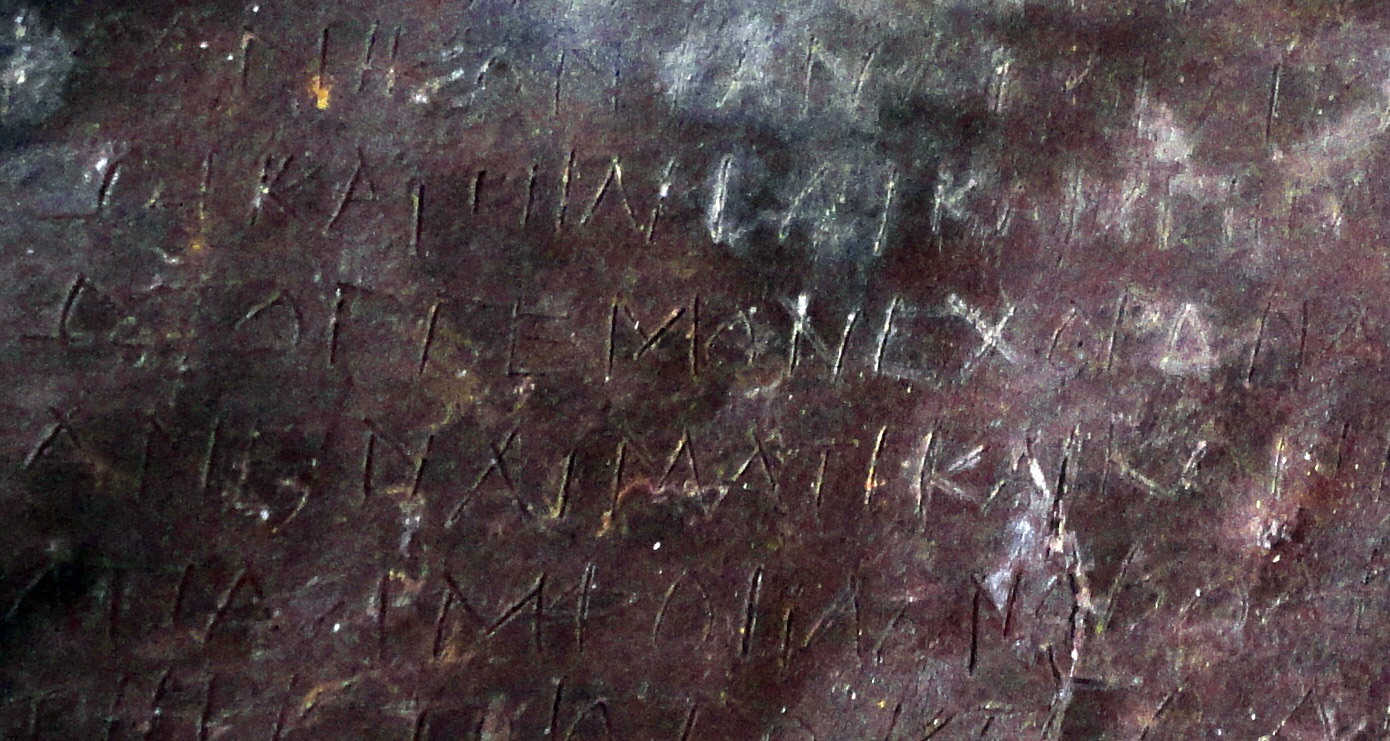 Five lead tablets that cursed tavern keepers some 2,400 years ago have been discovered in a young woman's grave in Athens, Greece.

Four of the tablets were engraved with curses that invoked the names of "chthonic" (underworld) gods, asking them to target four different husband-and-wife tavern keepers in Athens. The fifth tablet was blank and likely had a spell or incantation recited orally, the words spoken over it.

All five tablets were pierced with an iron nail, folded and deposited in the grave. The grave would have provided the tablets a path to such gods, who would then do the curses' biddings, according to ancient beliefs. [Real or Not? 6 Famous Historical Curses]

One of the curses targeted husband-and-wife tavern keepers named Demetrios and Phanagora. The curse targeting them reads in part (translated from Greek):

"Cast your hate upon Phanagora and Demetrios and their tavern and their property and their possessions. I will bind my enemy Demetrios, and Phanagora, in blood and in ashes, with all the dead..."

"I will bind you in such a bind, Demetrios, as strong as is possible, and I will smite down a kynotos on [your] tongue."

The word kynotosliterally means "dog's ear," an ancient gambling term that "was the name for the lowest possible throw of dice," Jessica Lamont, an instructor at John Hopkins University in Baltimore who recently completed a doctorate in classics, wrote in an article published recently in the journal Zeitschrift für Papyrologie und Epigraphik. The "physical act of hammering a nail into the lead tablet would have ritually echoed this wished-for sentiment," Lamont wrote.

"By striking Demetrios' tongue with this condemningly unlucky roll, the curse reveals that local taverns were not just sociable watering holes, but venues ripe for gambling and other unsavory activities in Classical Athens," Lamont wrote.

The grave where the five curse tablets were found was excavated in 2003 by archaeologists with Greece's Ephorate for Prehistoric and Classical Antiquities. The grave was located northeast of the Piraeus, the port of Athens. Details of the burial have not yet been published, but Lamont said that excavation reports indicate that it contained the cremated remains of a young woman. Lamont has been studying the curse tablets at the Piraeus Museum, where they are now kept.

"The way that curse tablets work is that they're meant to be deposited in an underground location," such as a grave or well, Lamont told Live Science. "It's thought that these subterranean places provided a conduit through which the curses could have reached the underworld," and its chthonic gods would then do the curse's biddings, Lamont said.

The woman buried in the grave might have had nothing to do with the curses or tavern keeping, Lamont said. Perhaps she died at the time when someone wanted to cast these curses on others in the same community, Lamont said.

During the ceremonies surrounding the woman's death, the grave "would have been accessible, a good access point for someone to deposit these tablets underground and bury them," Lamont said.

Who cast the curses?

The writing on the curse tablets is neat and its prose eloquent, suggesting that a professional curse writer created the tablets. "It's very rare that you get something so explicit and lengthy and beautifully written, of course in a very terrible way," Lamont said.

This curse writer, who probably provided other forms of supernatural services -- including charms, spells and incantations -- was likely hired by someone who worked in Athens' tavern-keeping industry, according to Lamont. "I think it's likely that the person who commissioned them was probably in the world of the tavern himself or herself," possibly a business rival of the four husband-and-wife tavern keepers, Lamont said.