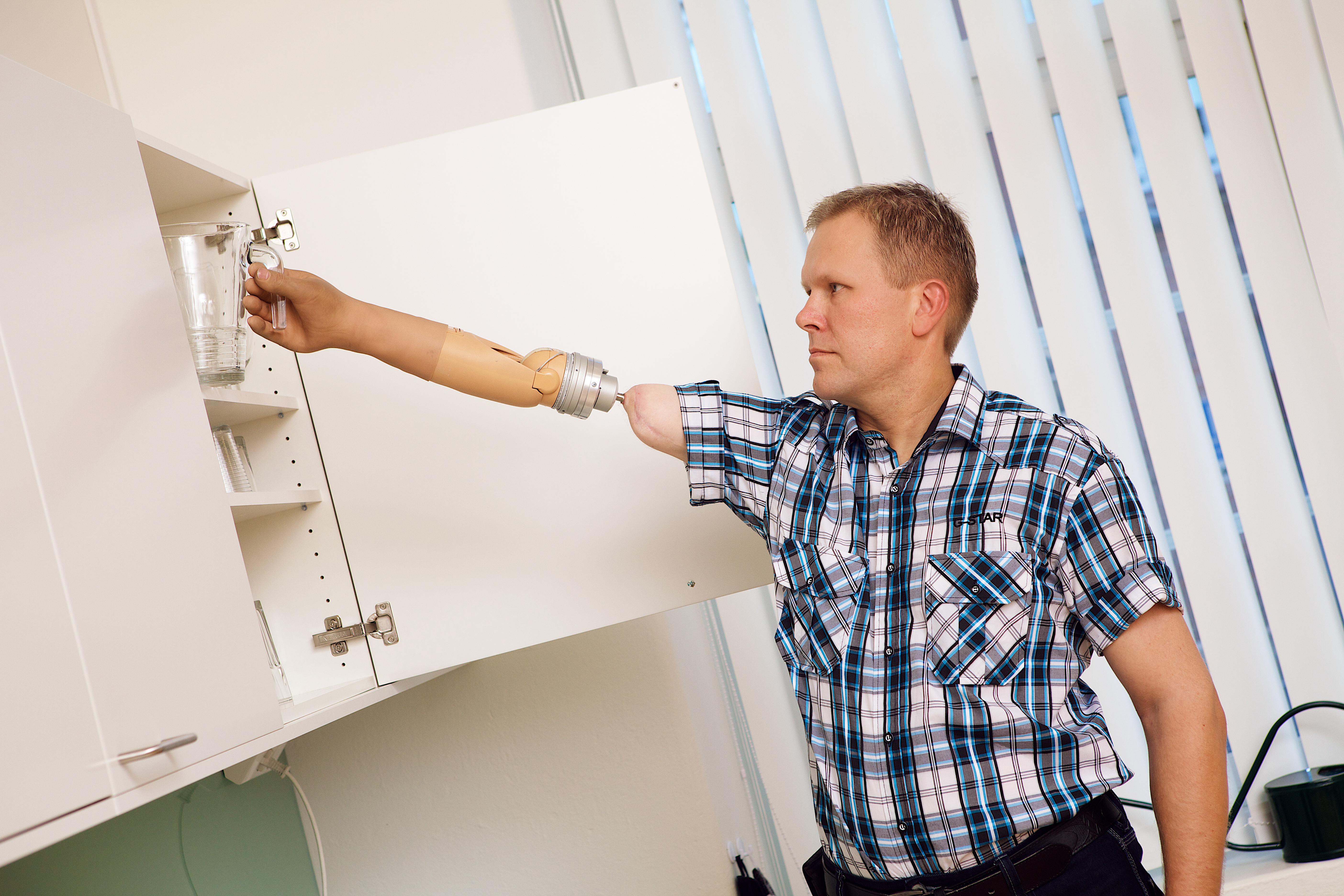 Increasingly sophisticated prosthetic limbs are beginning to resemble natural human limbs more and more, allowing amputees to regain feelings of control, movement and even a sense of touch that they had lost.

Two studies published Wednesday in the journal Science Translational Medicine show how recent scientific advances have completely transformed prostheses. In one of the studies, scientists in Sweden presented a mind-controlled prosthetic arm that's directly connected to the bone, nerves and muscles of a man whose arm was amputated above the elbow more than 10 years ago. And, in the other study, researchers in Cleveland, Ohio, created a prosthetic hand in which patterns of electric signals are sent into nerves in a patient's arm and brain, allowing them to "feel" again.

In the Swedish study, researchers described the experience of the first arm amputee in that country to receive a prosthesis directly connected to the bone, nerves and muscles. The man successfully used it to perform everyday activities for more than a year.

To anchor the arm to the bone, doctors surgically inserted a metal implant into the stump and attached it in a process called osseointegration, from "osteon" meaning "bone" in Greek.

"We have used osseointegration to create a long-term stable fusion between man and machine, where we have integrated them at different levels," study author Max Ortiz Catalan, a research scientist at Chalmers University of Technology in Gothenburg, Sweden, said in a statement.

"This creates an intimate union between the body and the machine; between biology and mechatronics," Ortiz Catalan said.

Before the surgery, the patient's prosthesis was controlled by electrodes placed over the skin, but it had certain limitations and was not always reliable. But with the new arm, the patient, who has a physically challenging job as a truck driver in northern Sweden, discovered that he can perform a range of daily activities such as clamping his trailer load, operating machinery, unpacking eggs or tying his children's skates. The patient even occasionally kept it on during sleep.

He can be seen demonstrating some of its capabilities in the video above. "We see this technology as an important step towards more natural control of artificial limbs," Ortiz Catalan said. "It is the missing link for allowing sophisticated neural interfaces to control sophisticated prostheses."

In the Cleveland study, two male amputees tested the durability of a neuroprosthetic hand connected to under-the-skin wires and nerve electrodes. The patients -- Igor Spetic and Keith Vonderhuevel, both Ohio residents -- underwent surgeries in which doctors implanted three electrodes around their remaining nerves and connected them to a prosthetic hand.

Spetic and Vonderhuevel then used the prostheses for more than a year, testing them in everyday activities, including strenuous ones such as chopping wood. Meanwhile, researchers figured out how to improve sensory perception in the prosthetic hands, and the men tested the improved versions of the system, which uses electrical stimulation to give the sense of feeling, during their monthly visits to the lab.

When a researcher brushed the back of his prosthetic hand with a cotton ball during an experiment, Spetic was able to recognize the sensation thanks to the patterns of electric signals that were being communicated by a computer to nerves in his arm and to his brain.

"I knew immediately it was cotton," he said in a statement.

"The sense of touch is one of the ways we interact with objects around us," study author Dustin Tyler, an associate professor of biomedical engineering at Case Western Reserve in Cleveland, Ohio, and director of the research, said in a statement.

"The work reactivates areas of the brain that produce the sense of touch," Tyler said. "When the hand is lost, the inputs that switched on these areas were lost."

Besides allowing the men to feel familiar sensations again, the new technology provided them with an unexpected benefit. Both Spetic and Vonderhuevel had been suffering from phantom pain after their accidents, in which Spetic lost his right hand, and Vonderhuevel lost his right hand and much of his forearm. With the new system, the pain subsided almost completely, they reported.

In this photo Spetic is shown holding a cherry tomato with his prosthetic hand that is connected to the computer system:

In this photo, Keith Vonderhuevel is captured squeezing toothpaste onto a toothbrush with the prosthetic hand: