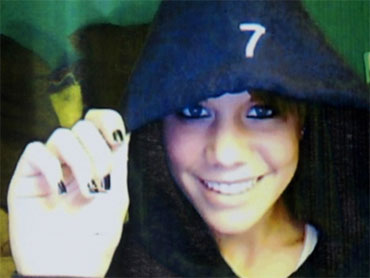 Police are investigating whether cyberbullies contributed to the suicide of a teen in the Long Island, N.Y. town of West Islip. The nasty messages continued to show up online even after her death, reports CBS News Correspondent Jeff Glor.

Alexis' parents downplayed the role the Internet played in her suicide, saying their daughter was in counseling before she ever signed up with FormSpringMe.com, a new social networking site, where many of the attacks appeared.

However, Glor points out, the incident underscores the growing trend of cyberbullying.

A bill aimed at preventing it is now being considered in Washington, D.C. It would make electronic communication intended to coerce, intimidate or harass a federal crime.

Fifteen states have such laws, and Massachusetts is considering one.

And the relentless taunting has helped push several of them over the edge.

One of the highest profile cases of cyberbullying was that a Missouri teen, Megan Meier who, authorities charged, was driven to suicide after taunts from her classmate's mother.

After years of bullying, Vermont eighth-grader Ryan Halligan took his own life in 2003 when a rumor about him spread across the Web.

His father, John Halligan, says it was "like a feeding frenzy. Kids who normally didn't bully got in on the fun, both at school and online."

In Massachusetts, fifteen-year-old Phoebe Prince and eleven-year-old Carl Joseph Walker-Hoover took their own lives after unrelenting bullying pushed them over the edge.

Teenage bullying has taken center stage in the Massachusetts state house, where lawmakers are considering tough anti-bullying legislation that would require publicly-funded school administrators to take action against bullies. The legislation takes particular aim at cyberbullying over cell phones and the Internet.

Krysten Moore is a 20-year-old former Miss Teen New Jersey who knows first-hand the toll that cyber-bullying can take. She endured merciless harassment for much of her teen years and is now speaking out, trying to empower other young people. Ross Ellis is the founder of Love Our Children USA, an organization committed to ending violence against children and helping parents protect their children from bullying. On "The Early Show" Monday, they discussed increasing efforts to crack down on cyberbullying and make teens aware of it: