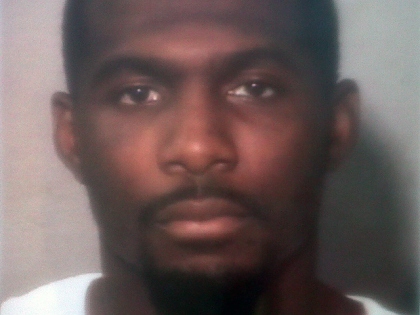 The station reports that on Saturday, Bryant, 23, had been visiting his mother, Angela Dianne Bryant. When she told him to leave the house, Bryant allegedly got upset and an altercation ensued.

Bryant grabbed his mother's T-shirt, "causing it and her bra to tear," according to the police affidavit. "Defendant (Bryant) then grabbed complainant (Angela) by her hair and hit her across her face with his ballcap."

When police arrived on the scene, they say they saw swelling and bruises on the upper part of the mother's arm, and she complained of a swollen thumb. The affidavit said that the "complainant stated that when defendant grabbed her by the shirt, she tried to pull his hands away from her. Defendant repeatedly struck the complainant in the hands and wrist."

Bryant had turned himself in to the police on Monday. His attorney, Royce West, told CBS Dallas that after Bryant learned police had obtained an arrest warrant, he posted a $1,500 bail and was quickly released. Bryant was silent, but cooperative, according to police.

Bryant's mother told police she was willing to testify against him.

According to Texas state law, family violence is defined as an attack or threat of imminent harm against a member of one's family or household. Classified as a Class A misdemeanor, violators face up to a year of prison and $4,000 fine.

The Cowboys' training camp in Oxnard, California begins in two weeks. Rich Dalrymple, the team's spokesperson, said the organization is "in the process of gathering information" and wouldn't comment any further.

This is not the first time Bryant has made the headlines since joining the Cowboys. In 2011, he was sued for allegedly failing to pay for jewelry and sporting events, and received a warning from off-duty police officers after creating a scene in NorthPark Center in Dallas. Earlier this year, he allegedly caused a fight in a Miami nightclub and was detained by officers.