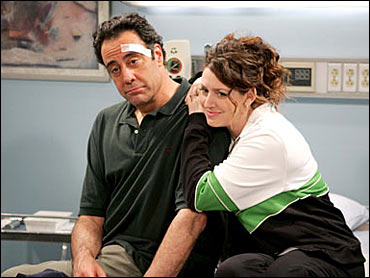 A group of archeologists is racing against time as a newly built hydroelectric dam floods a huge and priceless historical site in Belkis, Turkey.

The archeologists say the site they found is about to be lost forever -- and they say it's too high a price to pay for progress, reports CBS News Correspondent Richard Roth.

While uncovering an outpost of the Roman Empire, the archeologists have come upon a treasure of ancient art on a hillside in southeast Turkey, thirty feet deep in the dusty earth: a brilliant-colored carpet of stone mosaics.

The ornate and well-preserved portraits from Greek mythology are composed of stones no bigger than a fingernail. The artifacts are 2,000-years old. The mosaics already dug up overwhelm a local museum.

And the excavation site's still bigger than a football field.

With time, archaeologists believe, their work here could uncover a collection of ancient Roman mosaics to rival any in the world. But time is exactly what they don't have.

Within days, the site will all be underwater.

Construction's just finishing on a hydroelectric dam half a mile away. Behind it, the Euphrates river is rising a foot a day, filling a reservoir that's already submerged four villages.

The local governor says this is hardly a tragedy, and insists there'll be more treasure to find on higher ground.

Turkey needs the electricity and irrigation the dam will provide, officials say, and it's too late and too expensive to hold back the water.

The archaeologists are devastated by what they're about to lose forever.

Archaeologist Yusef Yavas says: "It's like a nightmare. It's a terrible feeling, I mean, I don't want to think about it."

It's still a race for a few days more, against time and the rising river. But like history, the outcome is written in stone.