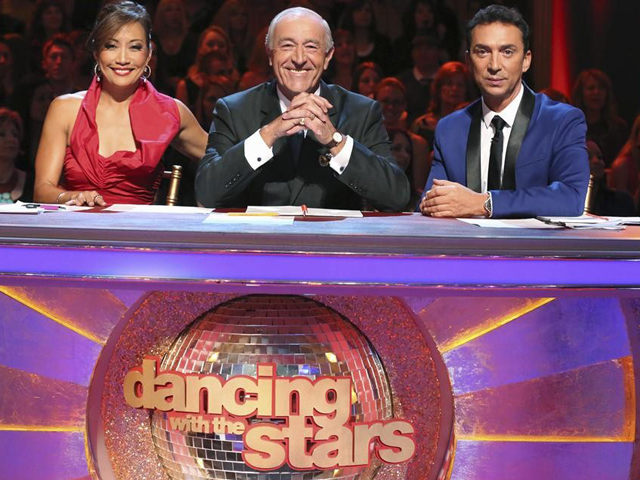 This wasn't any ordinary week on ABC's "Dancing with the Stars" as no one was eliminated on Monday night because of technical difficulties during last week's broadcast. Producers decided to toss out viewers' votes after the wrong call-in numbers were displayed for couples, which means the judges' scores and bonus points will be carried over to next week's episode when another pair is sent packing.

Although no one was eliminated in week six, there was still plenty of dancing. One star wowed them all Monday night: Elizabeth Berkley. The former "Saved by the Bell" actress and partner Val Chmerkovskiy walked away with the first perfect score of season 17. Their sexy cha cha, inspired by Berkley's "Showgirls" role, managed to get three 10s from the judging panel. "You've still got it, big time...You just killed it," said Bruno Tonioli.

But Berkley wasn't the only one on the dance floor Monday night. Amber Riley may have "hit a wall" in the past week as she had been sporting a knee brace, but the "Glee" star and Derek Hough impressed the judges with their routine.

Last week's high scoring duo, Corbin Bleu and Karina Smirnoff, rolled out an unconventional Viennese waltz to the "Game of Thrones" theme song, which received mixed reviews from the judges. Carrie Ann Inaba thought it "worked," but Len Goodman criticized the performance. They fell to the bottom of the heap this week, alongside Bill Engvall and Emma Slater, whose tango received a 23 out of 30.

The judges' scores from week six:

Which couple is the next to go?