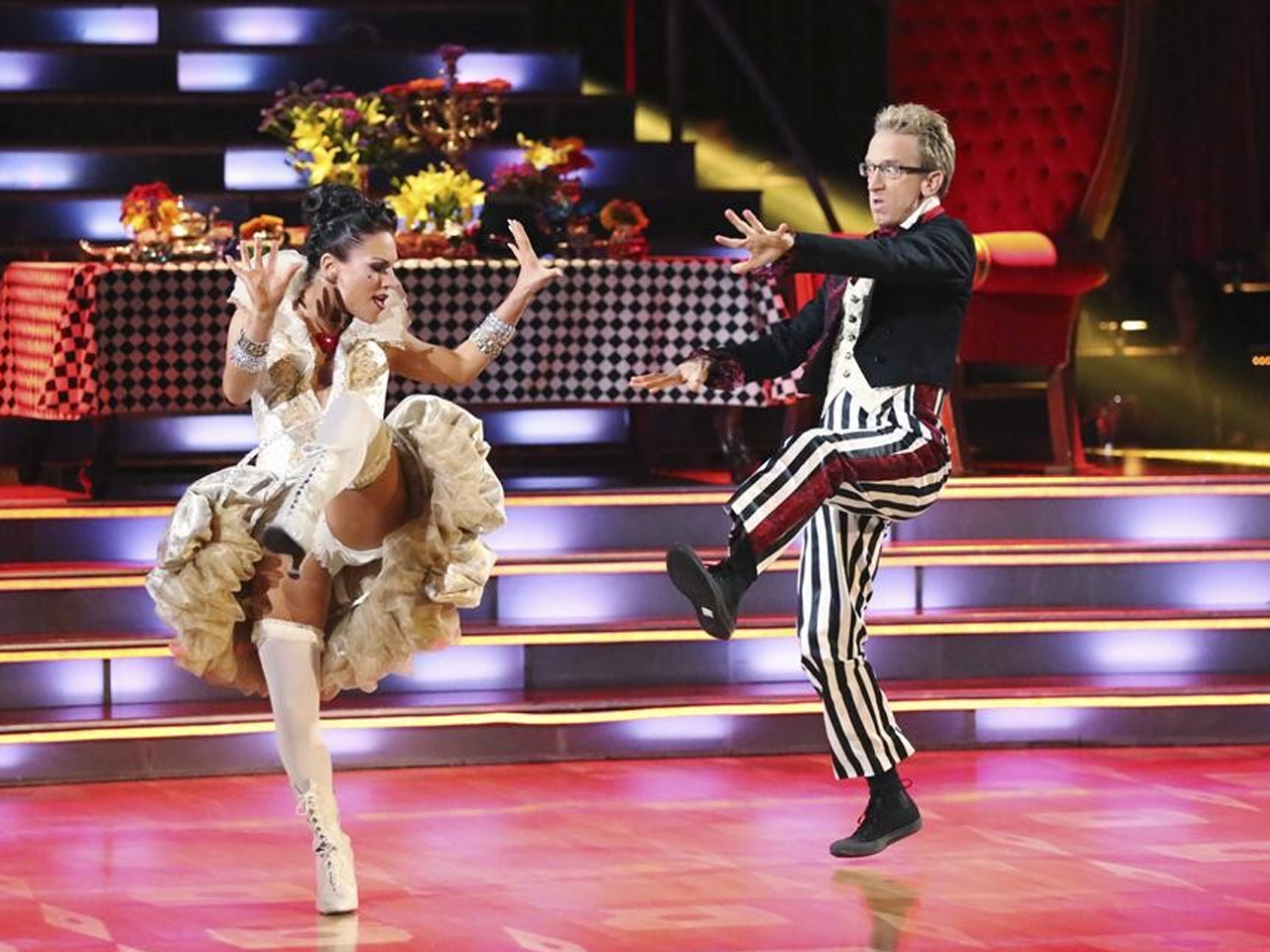 Andy Dick dancing a jazz routine dressed up as the Mad Hatter from Alice in Wonderland? That may sound scary in theory, but actually it kind of worked.

Dick and his fellow competitors gave it their all Monday night during week 2 of ABC's "Dancing with the Stars," and while it's unclear who will be the first celebrity from season 16 to be sent home, one thing is certain. Contestants Kelli Pickler and Zendaya have emerged as clear standouts, both now front-runners for the season 16 championship.

The 26-year-old country music performer and partner Derek Hough garnered a score of 26 out of a possible 30 points from the judges with their trippy cheerleader-meets-"Star Wars" number. Hough went shirtless during the routine, while Pickler wore a skimpy corset.

"If you're just tuning in, we're playing find the body fat," host Tom Bergeron joked to the audience.

"That was friggin' amazing," raved judge Carrie Ann Inaba. "I'm blown away. I can't wait for next week."

"Last week was a spark, this week is a fire-well done," said judge Len Goodman.

Zendaya, a 16-year-old Disney Channel star, and her partner, Val Chmerkovskiy, tied with Pickler and Hough for first place.

But perhaps the most memorable performance of the night came from Andy Dick and Sharna Burgess, with their creative "Wonderland" number set to the tune of Lady Gaga's "Poker Face."

"You are so lucky that jazz was your category tonight," Inaba observed, "Because that allowed you to be wacko...demented and nail it and make it fantastic."

Following Monday's performances, speculation has turned to who will be sent home during Tuesday night's elimination rounds (there were no eliminations last week).

Olympic skater Dorothy Hamil, "Real Housewife" Lisa Vanderpump, boxing star Victor Ortiz, and country singer Wynonna Judd are all near the bottom of the scoreboard. They each have 36 points out of a possible 60 from the last two rounds but comedian D.L. Hughley has the lowest score out of anybody with 28 points.

It seems likely Hughley will at least find himself in the Bottom 3 during the results show Tuesday night.

Tell us: Which star do you think will be the first of the season to be sent home?

Check out the scores of the contestants combined from the last two weeks: