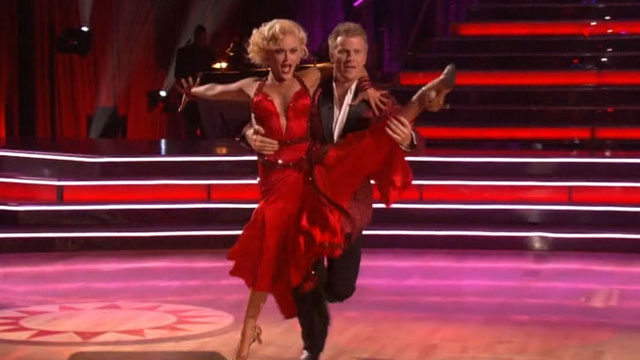 Twelve brand-new couples kicked off season 16 of "Dancing with the Stars" Monday night on ABC. Who made the best first impression? Read on to find out!

The competition's youngest ever contestant Zendaya Coleman stole the show alongside pro partner Valentin Chmerkovskiy. The 16-year-old Disney star's barefoot contemporary dance won over the audience and warmed the heart of notoriously tough judge Len Goodman, who dished his best first-week praise with a hard won, yet simple "that was great." The couple danced away with three eights for the highest combined score of the night (24/30).

Comedian D.L. Hughley (aka Boogie Fantastic) brought the laughs to the ballroom floor but failed to impress the judges with his cha-cha-cha. Both he and pro partner Cheryl Burke took home a disappointing 12/30 (4,4,4) to earn the lowest cumulative score of the night and a scolding from the panel for their choppy routine.

Pics: Who are the hottest "DWTS" pros ever?

Here's how all of the contestants stacked up (from best to worst) in week one:

Tune in to "Dancing with the Stars" on ABC next Monday when all 12 get one more turn at the dance floor before eliminations begin on March 26.