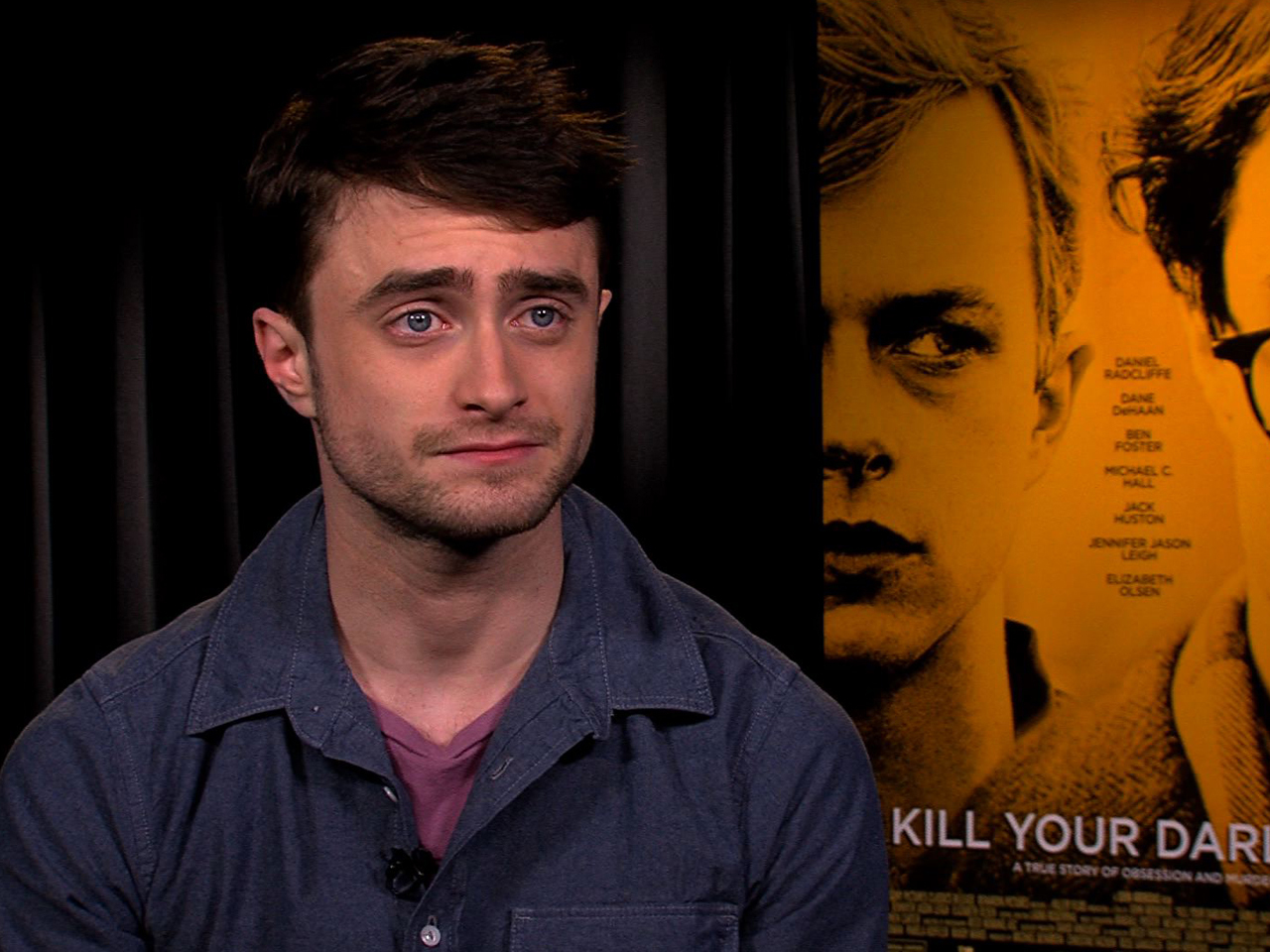 It's no secret that Daniel Radcliffe is a strong supporter of LGBTQ rights.

The "Harry Potter" star has recorded PSAs for the anti-suicide Trevor Project in the past, and he's broaching the issue once again with his latest film, "Kill Your Darlings."

Radcliffe stars as "Howl" poet Allen Ginsberg, when he was a new student at Columbia in 1944 and meeting other soon-to-be-famous Beat Generation figures like Jack Kerouac and William S. Burroughs.

"Kill Your Darlings" primarily focuses on Ginsberg's unique relationship with his troubled peer, Lucien Carr (Dane DeHaan), who was involved in the real-life murder case of his admirer, David Kammerer (Michael C. Hall). Ginsberg was in the proverbial closet during the 1940s, and much of the story explores the widespread homophobia in American society at the time.

In a recent interview with CBSNews.com, Radcliffe pointed out the film's link to the struggles that many members of the LGBTQ community still face in modern times, noting the recent anti-gay legislation coming out of Moscow.

"We're not a political film, but there is a parallel to be drawn today with what's happening to a lot of gay men in Russia," he said. "It is an issue that although we're not necessarily dealing with it on a day to day level the same way that society was in the 1940s in America, it is still very present and I think it's good for everybody to be reminded of that."

Watch video above to hear Radcliffe speak more about gay rights and "Kill Your Darlings," which opens in theaters on Oct. 18.