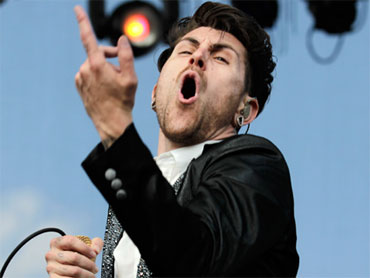 NEW YORK - Billie Joe Armstrong will hand over his role in "American Idiot" to another rocker - Davey Havok, lead singer of AFI.

Havok joins the cast of the Broadway musical for a two-week engagement as the evil St. Jimmy on March 1. Armstrong's 50-show stand as the character ends Feb. 27. AFI toured with Green Day this summer.

Producers also announced Wednesday that former "American Idol" contestant Justin Guarini will join the show starting March 1. Guarini was last seen on Broadway in "Women on the Verge of a Nervous Breakdown."

The high-octane show at The St. James Theatre is based on Green Day music and follows three working-class characters as they wrestle with modern life. One joins the Army, one becomes a father and one descends into a drug-fueled life.