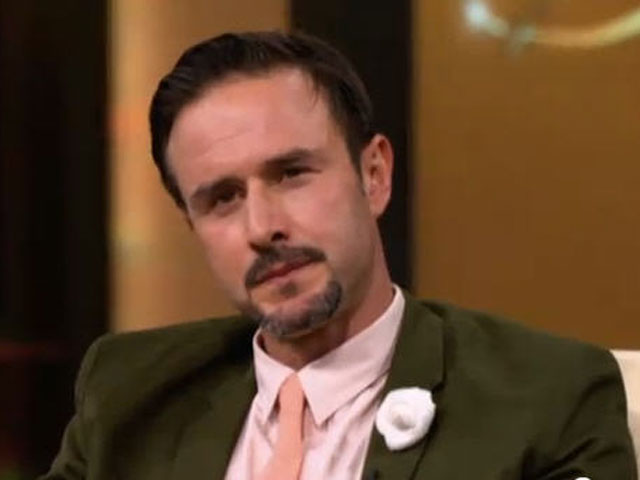 (CBS) In his first interview since leaving rehab last month, David Arquette is sharing details about his battle with alcohol and the intervention that led him to seek treatment.

In the interview, the actor tells Oprah Winfrey that he tried his first beer when he was just 4 years old.

He recalled, "I was down in the basement with my dad and the beer was there and I just grabbed it and drank it. I remember that. It's one of my earliest memories."

"I seriously started drinking probably when I was about 12," Arquette continued. "I stole pot from my father when I was 8 years old."

The 39-year-old also revealed that an intervention that included his estranged wife, Courteney Cox, and sister Patricia Arquette led to his stint in rehab.

"I came back from Miami and I had taken a nap and I woke up and Patricia and Courteney were at my bed," he told Winfrey. "I was like, 'What are you two doing here together?'"

He continued, "Courteney's like, 'Do you mind coming out to the living room for a minute?' I said, 'Sure, let me get dressed.' I put on this white outfit and came out. I peeked my head out [I saw] and my best friend Hartwell and my business partner and some guy I don't know," he says. "I go 'What up, Turkeys? I guess this is my intervention!'"

Arquette also said that he has been sober since Dec. 30.

The entire interview will air on "The Oprah Winfrey Show" on Thursday.