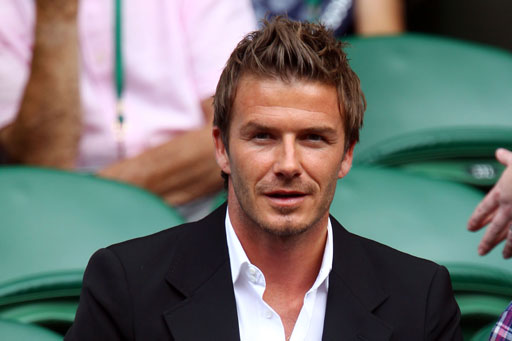 Soccer star David Beckham played a new position Wednesday - that of Good Samaritan to a family stranded near his British country home.

According to published reports in the U.K., Beckham came to the aid of a motorist whose car had broken down in a roundabout near Beckham's home in in Sawbridgeworth, Hertfordshire.

Motorist Paul Long told BBC Radio 5 Live that cars were whizzing by and he feared that his vehicle, with his two sons in the back, would be hit by passing traffic. That's when a young looking man in a hoodie jogged up to the car and offered to help push it to the side.

Long said, "I wound the window down and said, 'You're David Beckham!' My kids were awestruck."

The motorist said Beckham made sure the family was alright before helping to move the car to the side of the road.

Beckham who lives in Los Angeles and plays for the LA Galaxy, is in England training with the Tottenham Hotspur.