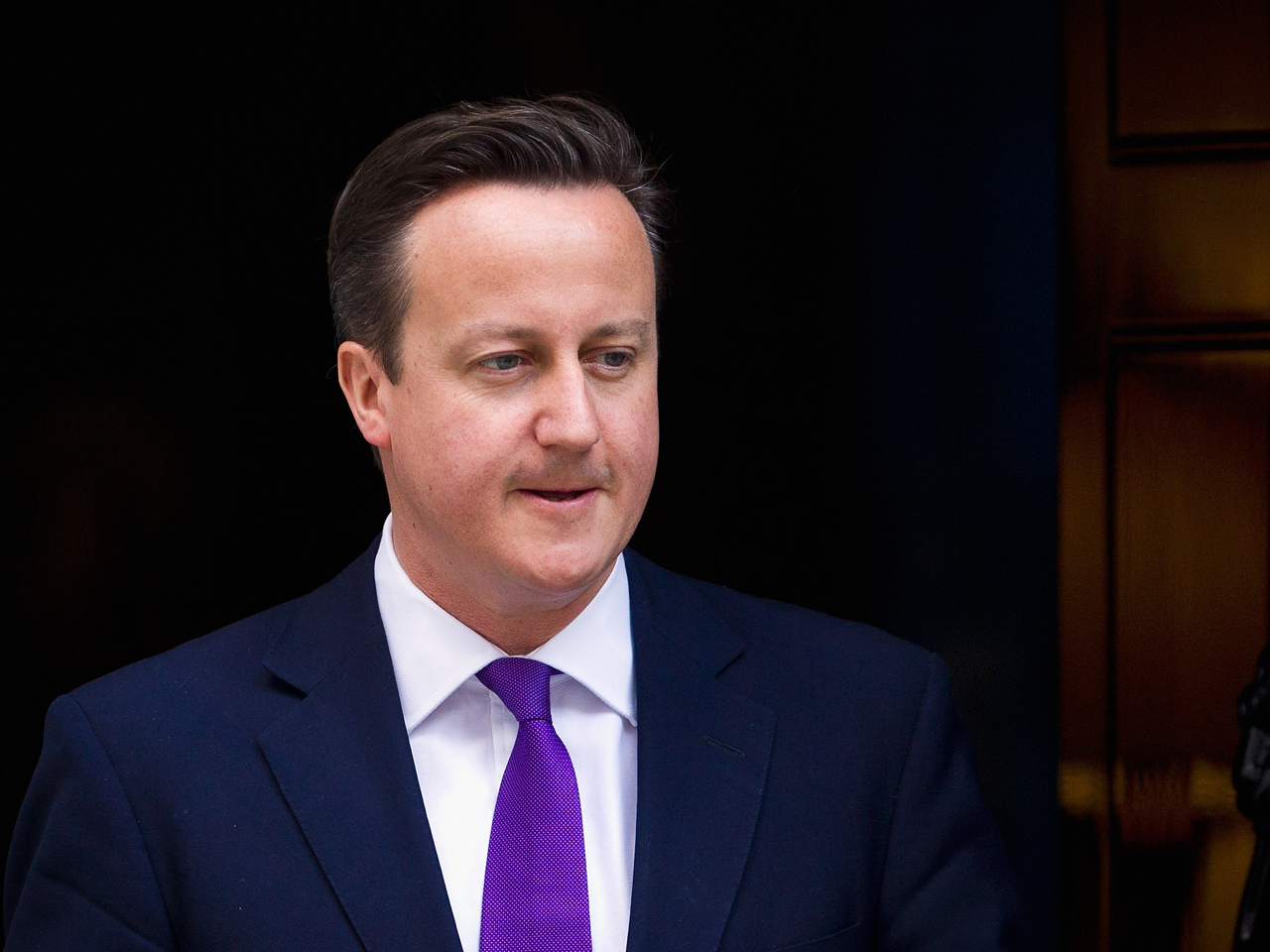 In sworn testimony before a U.K. media ethics inquiry, Cameron said he chose Coulson because he was looking for a tough man for a tough job. He said prime ministers are under constant media barrage and need strong help to get their message across.

"I had met him when he was editor of News of the World and I felt he was a very effective individual," Cameron said of Coulson. "That was my decision; I take full responsibility for it."

Cameron said he had received assurances that Coulson was not involved in phone hacking — but those proved hollow when Coulson was forced to resign from his senior government post last year after new revelations about widespread wrongdoing at his newspaper. Coulson has since been charged with perjury.

Coulson had resigned as News of the World editor in 2007 after his paper was found to have hacked into the voicemail messages of top aides to the royal family.

In written statements to the committee, Cameron said he would not have hired Coulson if he had known about the editor's involvement.

"He denied any knowledge of the hacking but said he took responsibility for what had happened on his watch," Cameron said in the statement. "I asked him specifically about his involvement."

Cameron's decision to bring Coulson into his inner circle has left the prime minister open to questions about his judgment in choosing a man who was already linked to the phone hacking scandal.

But he said Coulson had done a good job as communications chief and had performed his duties honorably.

"This has come back to haunt both him and me," Cameron said.

Both Brooks and Coulson were senior editors in Rupert Murdoch's News International empire, and Brooks eventually became chief of Murdoch's UK newspapers before she, too, was forced out because of suspected links to the scandal.

Relations with Murdoch's media empire have been problematic for Cameron. The prime minister has faced criticism for the way his government handled Murdoch's bid to take full control of British Sky Broadcasting, a lucrative satellite broadcaster in which it already had a 39 percent stake.

The prime minister admitted Thursday that the press and politicians had gotten too close in Britain and needed to change their cozy relationship.

He admitted receiving an extremely supportive text from Brooks in 2009 just before a major party conference speech.

"Professionally we're definitely in this together," she wrote to Cameron, who was then still in opposition, before going on to urge him to give the best speech of his life.

Coulson has been charged with perjury in a case touched by the phone hacking scandal. Brooks was charged last month with three counts of conspiracy to pervert the course of justice — an offense that carries a maximum sentence of life imprisonment.

Cameron did concede that he had many social contacts with Brooks and her husband Charlie Brooks — a longtime friend of Cameron who also faces criminal charges — and also met with James Murdoch, Rupert's son, for drinks occasionally.

He said James Murdoch told him personally over drinks that The Sun newspaper would back his party in a general election, switching its support to Cameron's Conservatives after years of backing the rival Labour Party.

In his testimony, Cameron spelled out his media strategy when he became Conservative Party leader, saying he tried to "win back" newspapers that had traditionally backed his party but had been successfully wooed by former Prime Minister Tony Blair and the Labour Party.

He said he courted Murdoch's newspapers but never "traded" policy decisions in exchange for editorial support, adding that talk of a conspiracy with Murdoch's company was "nonsense."

Cameron said discussions with Rupert Murdoch usually focused on major international issues such as the war in Afghanistan rather than on commercial matters.