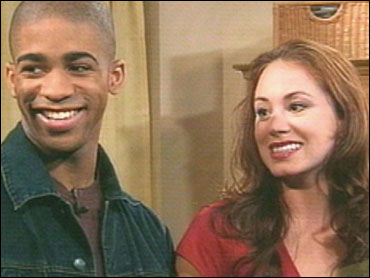 A dream is about to come true for David Spearman and Dara McCarney, two actors who took part in our "Soap Star Screen Test." Each is about to get a role on the CBS daytime drama "Guiding Light."

John Conboy, the soap's executive director, rolled out the red carpet on The Early Show, providing the two with scriptwriters and wardrobe and make up artists. And for the finale, he also visited the show to tell the winners what to expect.

"Personality," he said is what he looks for in a soap star. "I don't know how anybody gets a job from an audition. It's just terrible because all of them are nervous, but when you get their personality, when you talk to them and you see their animation, you can usually get that on tape because, you know, there's no depth of the field on the camera, so you can't lie."

Since Spearman and McCarney are college students, they will finish classes and begin work on the soap opera this summer.

Conboy says the roles for the two haven't yet been chosen, then quipped, "I think, probably, we'll have her as a woman of the night and we'll have him, probably, as a senator from California."

The whole experience, McCarney says, was "surreal." She adds, "I couldn't believe it and we went nuts when we found out about it."

They called each other with the news. McCarney says, "We couldn't really communicate because there was so much screaming. We called a little bit later and sorted things out."

Spearman had said during his audition that he would pursue acting in New York, whether he won or not. Now a winner, he says, "I didn't know I was going to be back this soon, but hey!"

McCarney says what probably helped her win the role was being the first to audition. She says, "Being the first person, I think, made it easier because there wasn't tons of pressure. It was nerve-wracking but, at the same time, it was so much fun and you had to have fun with it."

To get them ready for their roles and showcase their talent, Spearman and McCarney performed, once more on The Early Show.

Thanks for participating in the Soap Star Screen Test.