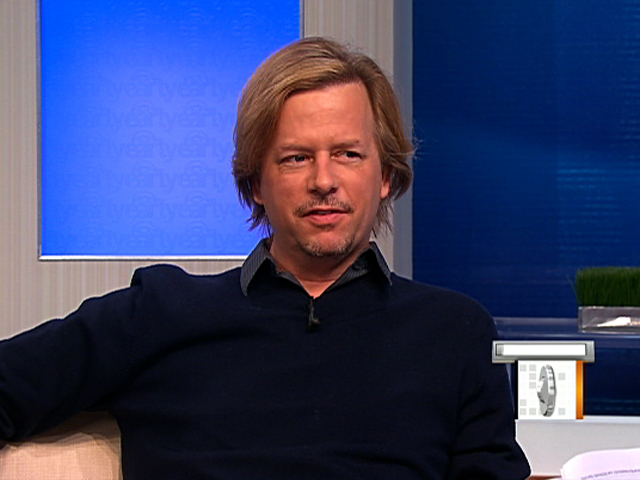 Over five seasons, David Spade's character Russell in the hit sitcom "Rules of Engagement" has had trouble with relationships - except the professional one he has with his assistant.

While its a show about couples - Spade has fun playing the single guy and admits he was convinced to take on the role by "SNL" pal, Adam Sandler.

"Well, when I originally wanted to do the show, there was two reasons. One, Adam Sandler told me to do it, because he's the producer, and he's kind of my boss. And, he goes what are you doing the next six to eight years? I go, nothing, Adam, whatever you need," Spade tells "Early Show" co-anchor Chris Wragge.

But that's not all that sold Spade to take part in the popular CBS sitcom.

"I like the idea...this is kind of in real life there's a married couple for ten years. And they're kind of burned out. And then there's the engaged couple, looking forward to how great it's going to be. And then there's the single dude that's a little older than he should be, but still out there shaking it up. So I thought it was kind of funny," he admits. "It's always a grass is greener situation. And, when I got this assistant coming in, we added him in the show like a year or so ago, I thought it was interesting because then it's like another couple to cut around to. They have their fights. He and I act stupid together. And it's just kind of is a good mix in the show."

What's next for Spade? He's headed back to the big screen. He will team up again with Sandler in a new comedy called "Jack and Jill," which will also feature the legendary Al Pacino.

Is it true that in the film the jokesters will bring back the Gap girls from "Saturday Night Live?" And does Spade really kiss Al Pacino in the movie?