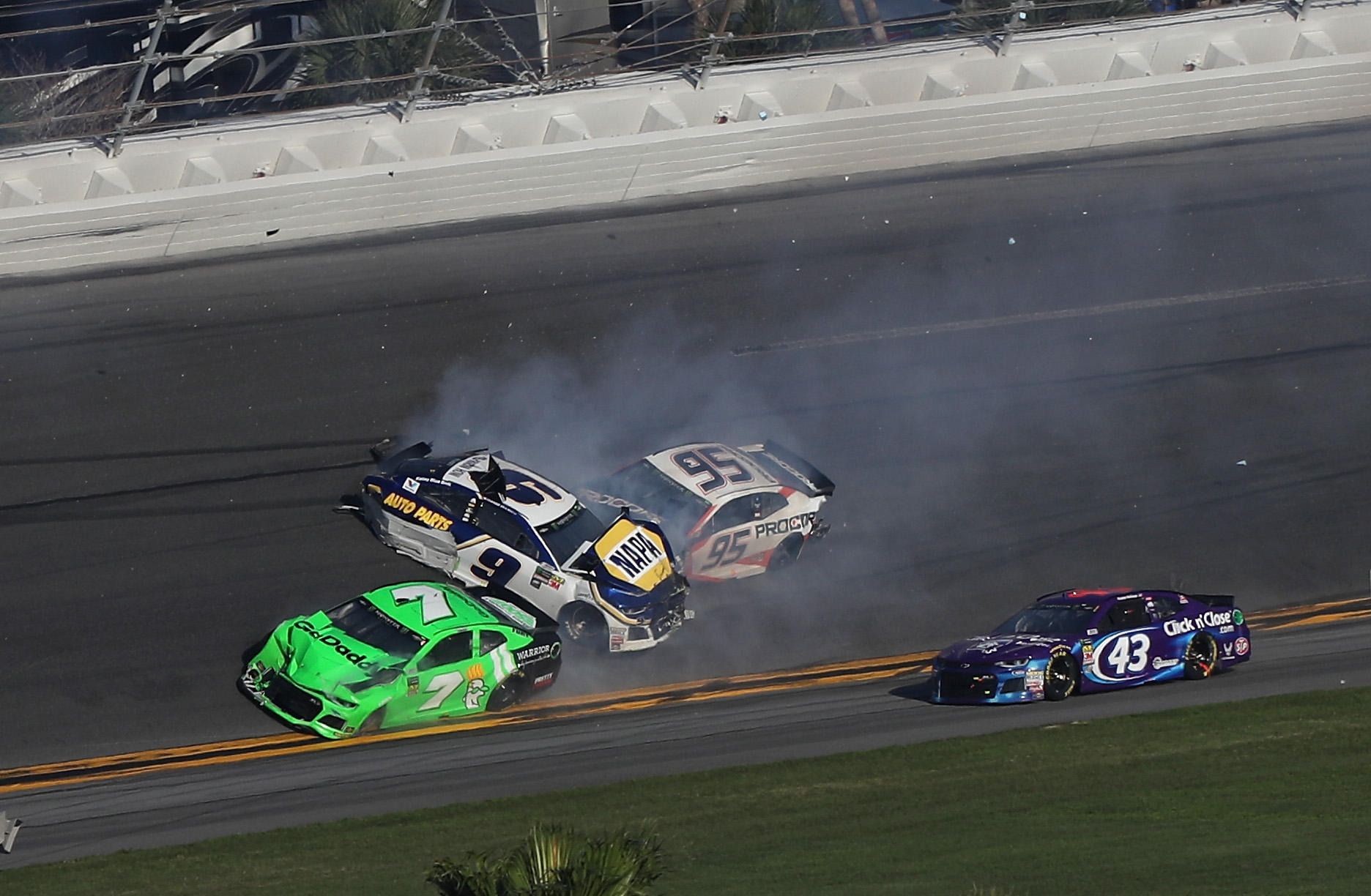 With 96 laps remaining, leader Ryan Blaney seemed to make a move to block Elliott on the backstretch. Elliott and Keselowski got together and started sliding across the track. Elliott hit the outside wall hard and started spinning into traffic.

Three other cars were involved, including the second accident for defending series champion Martin Truex Jr.

Johnson was collected in a nine-car accident that involved half of Joe Gibbs Racing and half of Hendrick Motorsports. Johnson was wrecked along with Hendrick teammate William Byron, while Gibbs drivers Erik Jones and Daniel Suarez were part of the scum.

The accident started when Ricky Stenhouse Jr. tried to block Blaney as they raced to the end of the first stage. Contact between the two cars sent Stenhouse shooting up the track, but he was able to save his Ford and avoid crashing.

Drivers tried to avoid Stenhouse and it triggered the accident that ended Johnson's day.

Johnson had a horrible Speedweeks. He had accidents in all three races at Daytona.

Kurt Busch won the first stage of the race under caution.

According to CBSSports.com, these were the betting odds for Sunday's race, per VegasInsider.com.