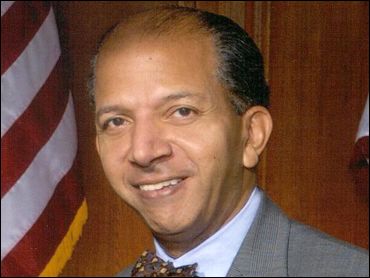 District of Columbia Mayor Anthony Williams has signed a bill to move the district's presidential primary to the first Tuesday in January - two weeks ahead of the tentative date for the New Hampshire primary.

Williams told a crowd of protesters on Tuesday that he hoped the change would draw attention to the lack of voting rights in Congress for district residents.

"Moving the primary first will bring presidential hopefuls into our diverse city," Williams said. "Residents who live in the shadow of the White House are not truly free."

Under New Hampshire law, the state's primary is set one week ahead of any other similar primary. The secretary of state decides which primaries are similar to New Hampshire's.

New Hampshire Secretary of State Bill Gardner has said that since the District of Columbia is not a state, he's not going to try to beat the district to the polls.

DC Vote, headed by Ilir Zherka, described moving the presidential primary as a way "to walk from the back to the front of the democracy bus." About 200 protesters attended the rally.

When both the House and Senate reconvene, they will have up to 30 days to overturn the district's decision to schedule its primary first. If they fail to act, it will become law.

Congressional delegate Eleanor Holmes Norton can vote in House committees but not on the House floor. Residents of Puerto Rico, Guam, the U.S. Virgin Island and other U.S. territories have no vote but pay no federal taxes.

Norton and Sen. Joe Lieberman, D-Conn., reintroduced legislation Tuesday that would allow representatives of the District of Columbia to vote in Congress.

"We have earned it, we have died for it. We have paid for it, and we must have it," Norton said.