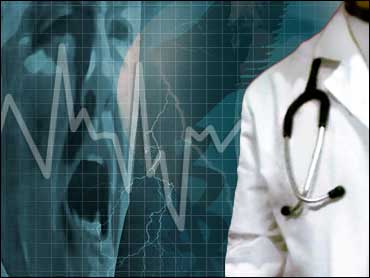 A Staten Island couple is suing New York City after the shocking discovery that their dead son's brain was on display in a jar at a city morgue.

Andre and Korisha Shipley said they had no idea his brain was removed during an autopsy until some of the teen's classmates at Port Richmond High School visited a morgue on a field trip.

While on the tour, the kids, who were members of a forensic science club, came across a jar with a brain floating inside and their dead friend's name on the label.

The family's lawyer, Marvin Ben-Aron, told the New York Post that the sight left the kids "shaking and upset."

"The best friend went outside and was flipping out," Feldman told the paper. "She started crying and called her mom and said, 'Mom, Jesse's brain is here! I can't be here."'

After the incident, the city returned the brain and the family disinterred their son from a cemetery and then reburied him with the missing organ.

A doctor at the Richmond County Mortuary, Stephen de Roux, said in a deposition that the brain had been kept along with others for additional tests related to the autopsy - a routine procedure to avoid having a specialist make repeated treks out to Staten Island for non-urgent tests.

"I wait months until I have six brains, and then it's kind of worth ... the trip to Staten Island to examine six brains," he said. "It doesn't make sense for him to come and do one."

An appeals court declined to dismiss the case this week, saying it was a "question of fact" whether the medical examiner's office had the authority to hold on to the brain after the autopsy.

A city attorney says officials are "evaluating our legal options" for resolving the case.