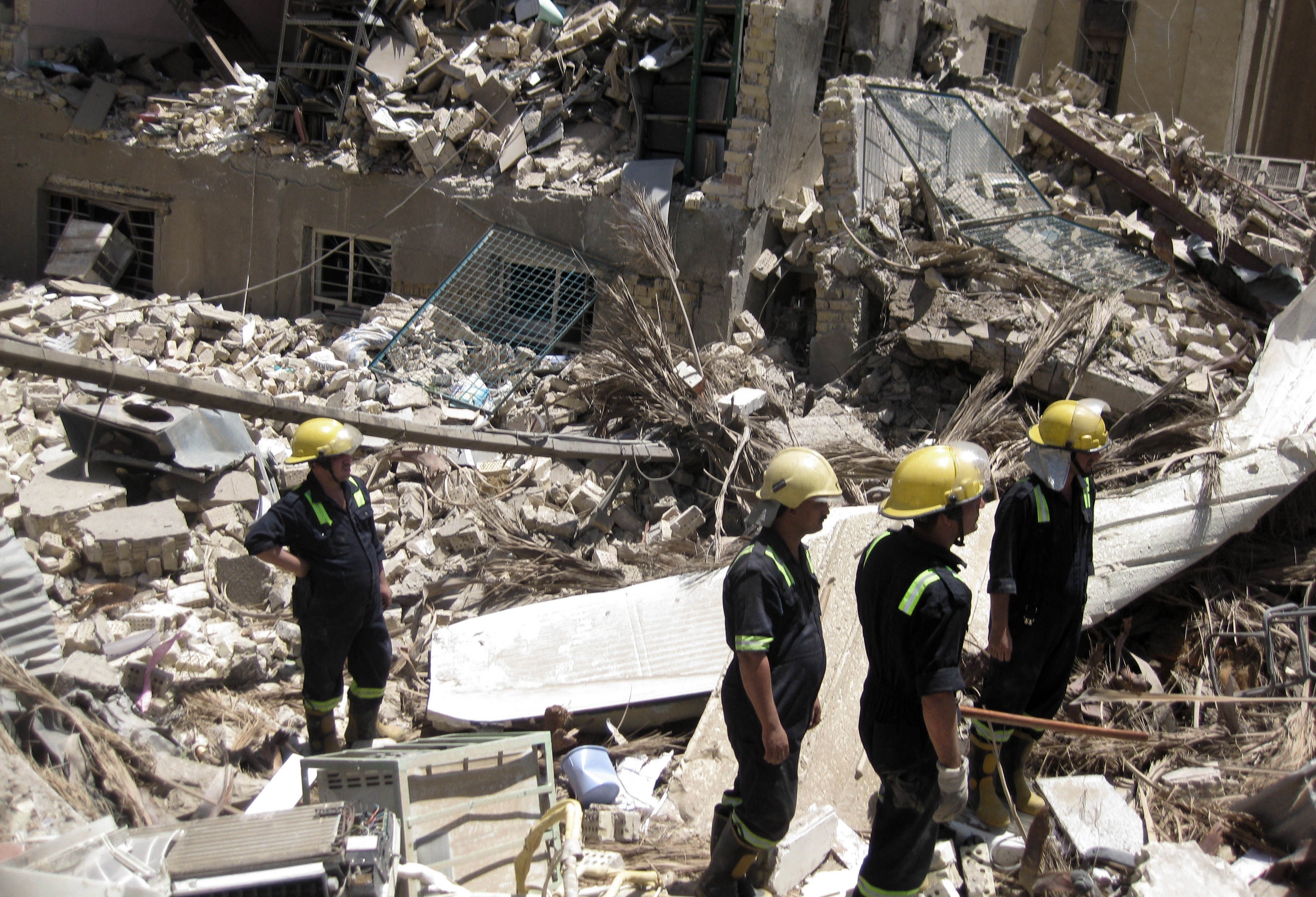 (AP) BAGHDAD - A suicide bomber detonated an explosive-rigged car outside Iraq's main religious affairs office for Shiite Muslims on Monday, shearing off the facade of the three-story building and killing at least 23 people in the deadliest single attack in the country in three months, officials said.

More than 70 people were wounded in the explosion that shattered nearby windows and damaged cars in Baghdad's central Bab al-Muadham area, two police officials said. Firefighters searched the debris for survivors.

Violence has dropped sharply in Iraq in recent years, but attacks on government offices and members of the security forces, aimed at undermining the Shiite-led ruling coalition, are still common. Monday's explosion came at a time of a prolonged political paralysis caused by sectarian tensions.

Adel Ahmed, an employee in the Baghdad Health Department, said he was reading a newspaper in his office near the religious affairs building when the blast went off around 11 a.m.

"The ceiling fell on my head and I was slightly wounded in the head and fell down," Ahmed told The Associated Press by phone. He said he later walked to the scene of the explosion and saw wounded people on the ground screaming for help. "The scene was horrific," he said.

The damaged building housed the so-called Shiite endowment, or department that supervises Shiite religious affairs, including holy sites and mosques across Iraq.

Police officials said the blast was set off by a suicide bomber. A doctor in a nearby hospital confirmed the casualty figures. All officials spoke on condition of anonymity as they were not authorized to release information.

Monday's attack was the deadliest in Iraq since March 5, when assailants waving the battle flag of al Qaeda gunned down 25 policemen in the western Iraqi town of Haditha. Last week, a string of bombings killed 17 people in Baghdad and one in the northern town of Mosul.

The violence is adding to Iraq's sense of instability. A unity government headed by Prime Minister Nouri al-Maliki, a Shiite, has been largely paralyzed since the withdrawal of the U.S. troops in December.

There is mounting criticism of al-Maliki within the ruling coalition over complaints that he is shutting out Iraq's two main minorities — Kurds and Sunni Muslims — in decision-making. However, his opponents appear to fall short of a needed majority in parliament to bring down him down.