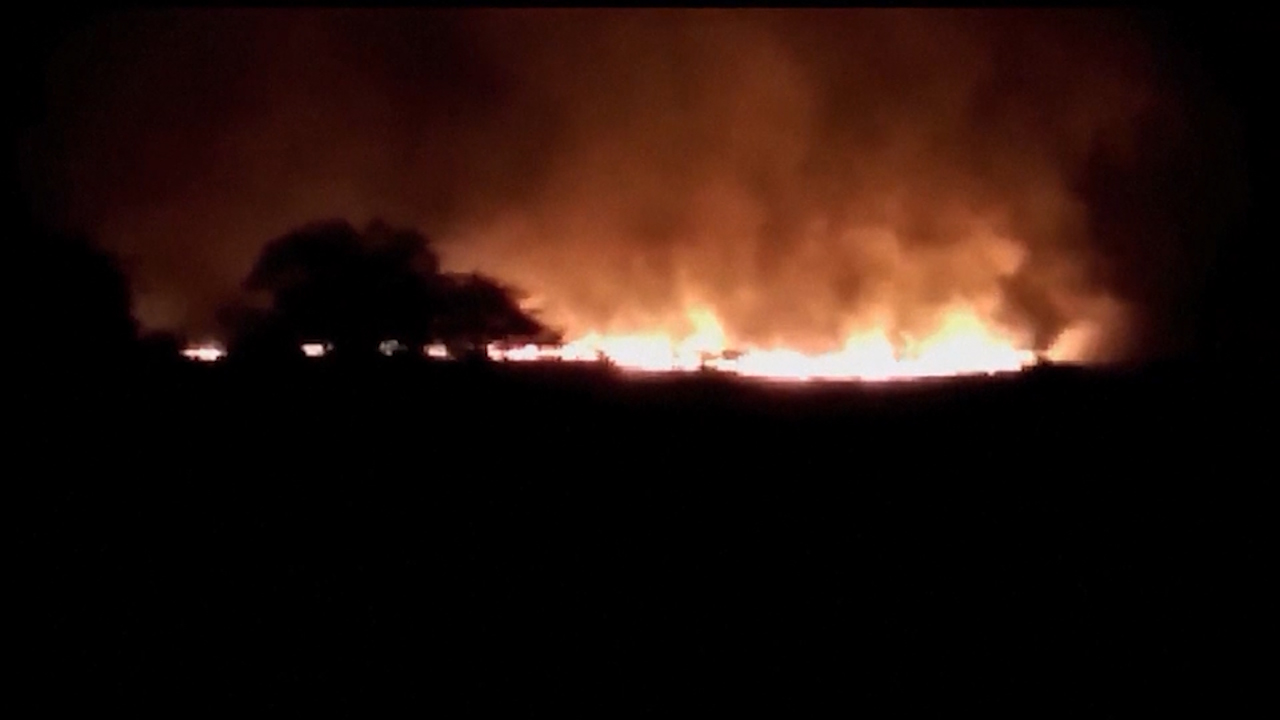 At least 17 people have been killed and 19 others injured in fire at India's biggest ammunition storage facility in Maharashtra state's Pulgaon area, some 420 miles east of Mumbai.

The dead include two army officers and 13 firefighting personnel. Among the injured were at least nine army personnel and six firefighting staff. The injured are being treated at an army hospital in the state's Wardha district. The army said all of them are stable.

The fire started with an explosion at one of the sheds in the compound at around 1:00 a.m. local time on Tuesday. Several other explosions were heard in the next few hours as the fire burned inside the compound, which covers 7,000 acres.

India's Director General of Military Operations (DGMO), Lieutenant General Ranbir Singh, told the media that soon after the fire broke out, "immediate action was taken by the firefighting parties and quick reaction teams, which ensured that the fire could be restricted to only one shed."

"Fire at the depot has been completely doused and situation brought under control," Singh added.

Nearby residents were forced to evacuate overnight. "People from five adjacent villages were evacuated as a precautionary measure but have now been allowed to return to their homes," Shailesh Naval, an official from Maharashtra's Wardha district, told CBS News.

Army officials said the cause of the fire is not known yet and have ordered an investigation. Defense analyst Nitin Gokhale told CBS News, "the probe team will look into all angles - whether it was an accident, negligence or sabotage."

The army facility at Pulgaon is a massive depot that stores all major ammunition from anti-tank missiles and the BrahMos supersonic cruise missile to simpler artillery shells.

It's not yet clear how much ammunition has been damaged in the fire. The army said the effort to "assess the damage is in progress."

India's Prime Minister Narendra Modi tweeted, "Pained by loss of lives caused by a fire at central ammunition depot in Pulgaon, Maharashtra. My thoughts are with the bereaved families."

India's Defense Minister Manohar Parrikar and Chief of the Army Staff Dalbir Singh Suhag visited the area to take stock of the situation.