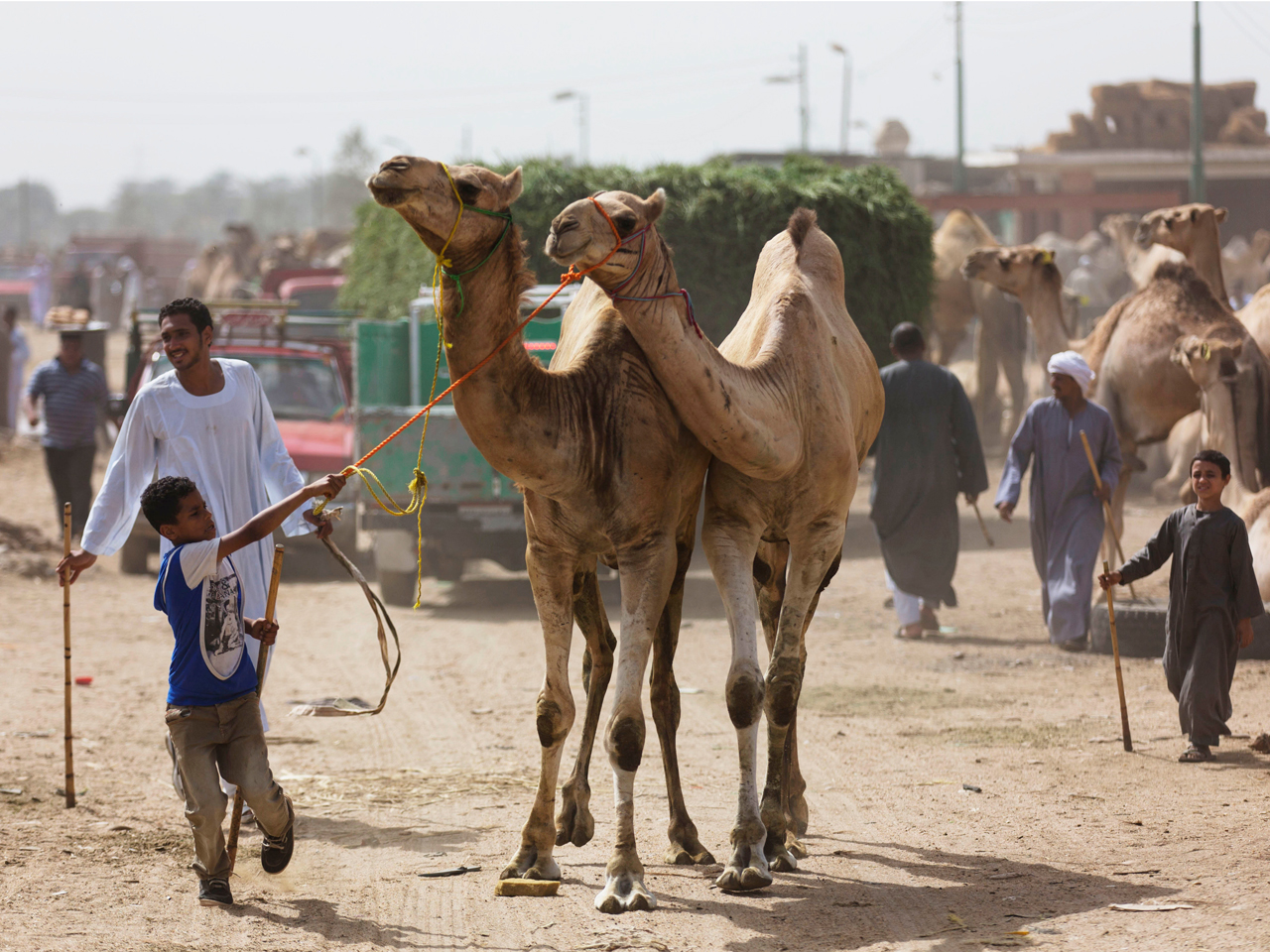 LONDONA new study suggests camels may somehow be involved in infecting people with the mysterious MERS coronavirus (MERS-CoV) reported in the Middle East and Europe.

Since the virus was first identified last September in Saudi Arabia, the World Health Organization (WHO) has reported 94 illnesses, including 46 deaths, from MERS, or Middle East respiratory syndrome. Most deaths have been in Saudi Arabia but cases have been reported in France, Italy, Jordan, Qatar, Tunisia, the U.K. and United Arab Emirates. Aside from several clusters where the virus has likely spread between people, experts have largely been stumped as to how patients got infected.

In a preliminary research published Friday, European scientists found traces of antibodies against the MERS virus in dromedary, or one-humped, camels, but not the virus itself. Finding antibodies means the camels were at one point infected with MERS or a similar virus before fighting off the infection.

"Finding the (MERS) virus is like finding a needle in a haystack, but finding the antibodies at least gives you an indication of where to look," said Marion Koopmans, chief of virology at the Netherlands' National Institute for Public Health and the Environment, the study's senior author. "What this tells us is that there's something circulating in camels that looks darned similar to MERS."

The study was published in The Lancet Infectious Diseases.

Scientists previously theorized the virus was most closely linked to those found in bats, but last September had said camels, sheep or goats might end up being implicated.

Some experts think bats might be infecting other animals like camels with MERS before passing it to humans.

The authors expect the new results would be similar for other camel populations across the Middle East.

"As new human cases of MERS-CoV continue to emerge, without any clues about the sources of infection except for people who caught it from other patients, these new results suggest that dromedary camels may be one reservoir of the virus that is causing MERS-CoV in humans," study co-author Dr. Chantal Reusken of the Institute, said in a statement. "Dromedary camels are a popular animal species in the Middle East, where they are used for racing, and also for meat and milk, so there are different types of contact of humans with these animals that could lead to transmission of a virus."

MERS is part of a family of coronaviruses that can cause the common cold as well as SARS, which sparked a pandemic in 2003. Saudi Arabia health officials, in a letter this week to the New England Journal of Medicine, documented seven new infections of MERS in health workers, including some mild cases.

MERS can cause symptoms including fever, cough, breathing problems, pneumonia and kidney failure. There is no known treatment or cure.

A July 25 study, also published in The Lancet Infectious Diseases, found MERS might not become the SARS-like global disease outbreak many had been fearing. That study found most infected with MERS had preexisting conditions while SARS infected healthy and sick people alike.

Some experts said more testing of other animals in the Middle East was needed.

"Camels may be involved in (MERS) transmission but there could also be cows, goats, or something else involved," said Vincent Munster, a virologist at the National Institutes of Health, who co-wrote an accompanying commentary.

There are ongoing tests on camel samples from elsewhere in the Middle East, as well as tests on dates, which some scientists think may be infected by bat excrement before being eaten by people.

The WHO called the camel findings "an important development" but pointed out that many MERS patients had no known contact with animals.

"There must be some other step somewhere that results in human infections," WHO spokesman Gregory Hartl said, adding it was still unclear what kind of animal contact might be needed for MERS to spread.

"Even if we know where the virus is, we don't know exactly how it's jumping into humans," Hartl said. "This is another piece of the puzzle, but there are still a lot of holes that need to be filled in."