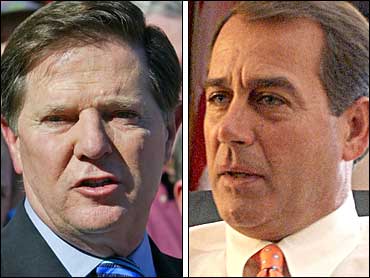 Adam Deadmarsh scored twice as the Colorado Avalanche extended their unbeaten streak to 15 games against the Vancouver Canucks with a come-from-behind 2-1 win on Sunday night.

With Colorado trailing 1-0, Deadmarsh tied the game 4:20 into the third period when he snapped in Joe Sakic's rebound. Deadmarsh was then credited with the game winner 7:37 into the period when he deflected in Peter Forsberg's point shot for a power-play goal.

Colorado, which won for the first time in seven games when trailing after two periods this season, is now 12-0-3 in its last 15 meetings against Vancouver, going back to Dec. 18, 1995. Avalanche goaltender Patrick Roy, who stopped 19 shots, improved his personal unbeaten streak against the Canucks to 9-0-2.

Forsberg's assist on Deadmarsh's second goal boosted his points streak against the Canucks to 14 games, in which he has racked up seven goals and 30 points.

The loss foiled Canucks coach Mike Keenan from becoming the sixth NHL coach to reach the 500-win plateau, which would have tied him with former Montreal Canadiens great Toe Blake. Detroit's Scotty Bowman leads all coaches with 1,061 victories.

Canucks defenseman Bryan McCabe opened the scoring 42 seconds into the game when his wrist shot from the right point deflected in off the hip of Colorado defenseman Cam Russell. Dave Scatchard set up the goal after he beat Joe Sakic in a faceoff to the right of the Colorado net and drew the puck back to McCabe.

McCabe has two goals and four points in three games since re-signing with the Canucks last Wednesday.

The Canucks went 0-for-6 with the man advantage, as Colorado's penalty-killers have not given up a goal in 29 opponent power-play opportunities.

Colorado defenseman Jon Klemm left the game in the first period with a knee injury and did not return. Avalanche forward Rene Corbet, who suffered a deep gash above his right eye when he was highsticked by Vancouver's Brad May in the first period, returned to action in the second.

Teen dies after being shot by classmate at Arkansas high school