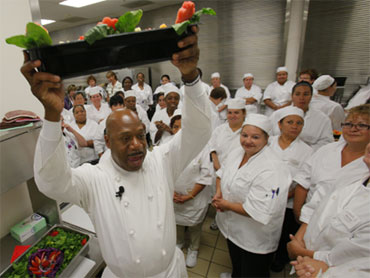 Democratic National Committee Chairman Howard Dean, who has accused congressional Republicans of "grandstanding" in the Terri Schiavo case, said his party will use it against the GOP in coming elections.

Dean, answering questions at an Access Now for Gay and Lesbian Equality event on Friday, went on to say: "The issue is: Are we going to live in a theocracy where the highest powers tell us what to do? Or are we going to be allowed to consult our own high powers when we make very difficult decisions?"'

Schiavo, 41, died March 31 at a Florida hospice, almost two weeks after her feeding tube was removed by court order — ending a bitter legal battle between her husband, Michael, and her parents, Bob and Mary Schindler.

As Schiavo faded, congressional leaders called lawmakers back from Easter recess to pass a bill that would allow federal courts to review the decisions of state judges who turned down her parents' efforts to resume her feeding. Federal judges all the way to the Supreme Court held up those decisions.

Republican National Committee spokeswoman Tracey Schmitt said Dean, a physician who practiced internal medicine, was the one politicizing the issue.

"It's disturbing that Howard Dean would plot to use the life of Terri Schiavo for political gain," Schmitt said Saturday. "This demonstrates a troubling lack of sensitivity and one would hope that Democrat leaders in Congress would reject such a strategy.

"The American people expect their leaders to provide solutions and principled leadership rather than overt partisan politicking."

Karen Finney, Democratic National Committee spokeswoman, defended Dean's comments, saying they were not a reflection of him trying to politicize the issue, but rather he was speaking to "Republican intrusiveness into people's lives."

"This is another example of a Republican party that is overreaching," she said. "Tom Delay and his cronies want to intrude in personal family matters. Democrats believe that individuals and their families should be trusted to make these very personal decisions, not Tom DeLay and not the government.