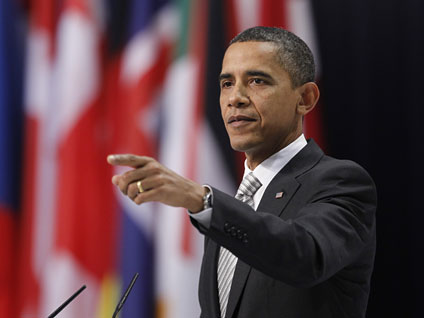 As a writer himself, President Obama surely understands the advice a writer friend once gave me: sometimes you have to drown your own kittens, no matter how cute. The metaphor, while a bit unsettling, makes a key point. However attached one might be to an idea, sometimes you have to hit the delete button for the sake of the entire narrative.

Over the past two years, the president appeared to take the opposite approach. Instead of editing his policy agenda or communications efforts, he tried to cram as many things in as possible. The list of accomplishments is astonishing: Health care reform; Race-to-the-Top; stimulus; saving the automobile industry; confirming two women to the Supreme Court, one of them the first Latina; Lilly Ledbetter Act to help women sue for equal pay discrimination easier; financial regulatory reform; making White House visitor logs more accessible. The list goes on and on, but the result was a fuzzy narrative that left the president and the Democrats dying a death by a thousand victories.

What is the White House mission statement? In the last campaign the Democrats did not offer an agenda for what they would do with two more years of absolute control of Washington. Instead they tried to remind voters why we should not trust Republicans. It didn't work. Like Janet Jackson, voters want to know "what have you done for me lately"-- and then "what will you do for me next."

Unlike Reagan, Clinton or George W. Bush, President Obama has yet to offer the country a consistent and compelling unified field theory, or a central thematic that gives voters a framework to digest his policies. Reagan was a sunny faced cold warrior bent on taming government and the Russians to unleash America's force for good into the world as captured by his 1984 "Morning in America" ad. Bill Clinton was "focused like a laser beam" on "the economy, stupid" and after 9/11 George W. Bush was just "fightin' terror."

In April 2009, the president gave a compelling speech offering four pillars of a New Foundation. It laid out the entire agenda of the administration pretty well, but he only gave it once and rarely used the moniker "New Foundation" or referred to the Four Pillars afterward. This is in contrast to President Bush, who was so focused on "fightin' terror" that even when he gave a speech about No Child Left Behind there would be a section on keeping America safe or taking on the terrorists. Voters never had to wonder what he was up to nor do a Google search to find out his core agenda because he told them every day.

Without a clear narrative, good policy is politically ephemeral. On Monday, the president decided to freeze federal workers' pay. Besides giving up a bargaining chip with the Republicans without receiving anything in return, there is little strategic context for this. What is the greater point that it validates about the president's agenda?

As the president prepares for the State of the Union in January, he should lay out a vision for America that tackles our short term jobs problem but also our longer term competitive issues and gives the country a clear choice. Voters still want change - but on the things they think are important like the economy.

During the Lame Duck session of Congress, the Democrats are focused on passing the worthwhile DREAM Act to enable children who are in the United States without citizenship to go to school. The White House should follow this up with a "Reclaim the American Dream" plan that offers a pathway for citizens to gain the skills necessary to compete for the jobs of the future, helps small businesses gain access to the capital they need to expand and advises Americans on what they can do in their own communities and faith institutions to make the country stronger even if they are unemployed.

While I am confident the president can knock the State of the Union speech out of the park, the hard part comes afterward. The White House has to follow up on this plan to Reclaim the American Dream every day with policy and pronouncements and then fight for them. Too much compromise can become simple capitulation. If there are things that are important to do, but do not fit the narrative, the White House should spend little energy talking about them. Without the discipline required to toss aside some favored ideas and pursue an agenda that convinces the American people the president is focused on their priorities, simply passing more bills with bipartisan support will be politically meaningless.