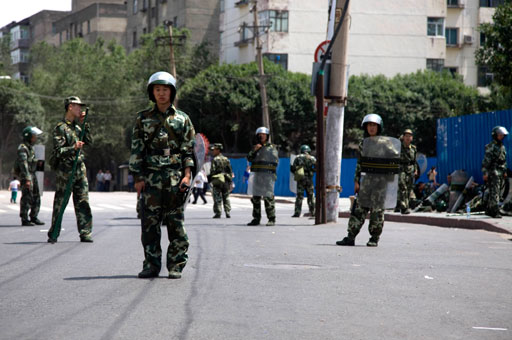 Abdul Haq al-Turkistani, who led a Chinese Muslim militant group called Turkistan Islamic Party, or TIP, was confirmed to have been killed in a U.S. drone strike on Feb. 15, according to Pakistani security officials who spoke to CBS News on condition of anonymity.

Al-Turkistani's death comes as China seeks to overpower separatists in its remote northern Xinjiang -- the main Muslim majority province. Last year, al-Turkistani appeared in a video on an Islamic Web site in which he urged his followers to attack Chinese people at home in and outside China. His comments were seen as a reaction to Beijing's recent crackdown in Xinjiang after Muslim separatists publicly protested against China's rule.

"It may have taken a U.S. missile to kill one of China's most wanted Muslim separatists. But still, the Chinese probably see this as a good development," said a Pakistani security official who spoke to CBS News on condition of anonymity.

Western diplomats stationed in Islamabad, the Pakistani capital, however warned that al-Turkistani's killing may not immediately curb the militancy in Xinjiang, the killing demonstrates the increasing vulnerability of Chinese militants to being targeted in similar U.S. attacks. "This killing probably tells the Chinese that the Xinjiang separatists are becoming more and more vulnerable," said one Western diplomat in Islamabad, who also spoke on condition of anonymity.

The Chinese authorities have repeatedly urged Pakistan to crack down on Xinjiang separatists hiding in Pakistan ever since the 9/11 terrorist attacks and U.S. led invasion of Afghanistan.

China is Pakistan's main supplier of military hardware. The two nations continued to carry on doing business even when Pakistan came under U.S. sanctions for working towards producing a nuclear weapon. Pakistan declared itself a nuclear power in 1998 when it carried out six nuclear tests, just three weeks after India, its neighbor and foe, carried out its own nuclear tests.